Pirates get back to Championship action with a win 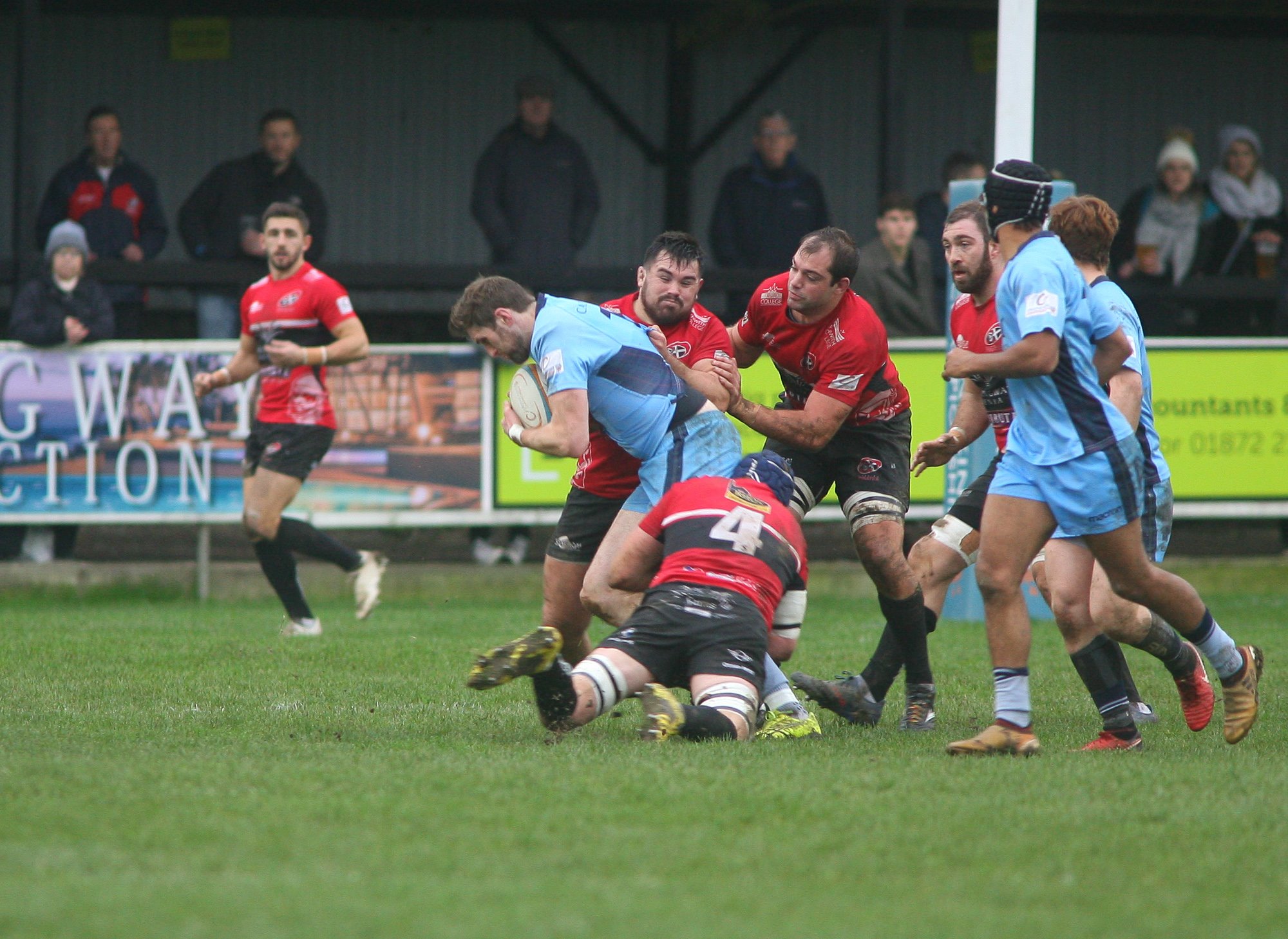 Under the glow of the Mennaye Field’s floodlights, on their return to Greene King IPA Championship action this result gave the Cornish Pirates deserved satisfaction. Indeed, it not only saw them end 2018 on a high with a bonus point victory, but they also ‘nilled’ their opponents and, in the process, climbed up to third in the league table.

As expected, this final fixture of the year delivered another atmospheric occasion, with the expected seasonal bumper crowd present. It also marked scrum-half Alex Day’s 100th appearance for the club.

There was just one change in the Cornish Pirates starting line-up from the one that faced London Irish in the Cup before Christmas, with AJ Cant named on the wing. He had been used as a replacement in the game against ‘Irish’, following an injury suffered by Robin Wedlake.

The calm and mild weather conditions were far better than expected for the time of year, and there was a real buzz about a Mennaye Field that had also recovered well following the Pirates last outing.

Match underway, to their credit, London Scottish dominated possession for much of the first half but had nothing to show for it due to a miserly home defence.

With the Pirates line once again proving difficult to breach, it was also pleasing that they were able to create scoring chances. Two would be taken in the first half, an opener through full-back Kyle Moyle who, following some good inter-play, notched up his seventh Championship try of the season. Fly-half Will Cargill added the extras. Then, close to half-time, following a determined drive towards the Penzance posts the ball was swiftly released to the right, enabling wing Alex O’Meara to squeeze in at the clubhouse corner for try number two.

The crowd had been entertained well enough in the first period, as they were at the start of the second half when hooker Sam Matavesi tore down the right and in the process used his potent hand-off. It certainly raised added interest for supporters in the old Western National corner (nowadays often called Naughty Boys corner), as did a run from Cant who has quickly shown a level of ability that should see him do well at Championship level.

To their credit London Scottish continued to be competitive, with play a little boisterous at times, however the mood of the Pirates was simply to give them ‘nowt’.

A Cargill penalty on 68 minutes made it 15-0, and after No. 8 Tom Duncan then scored a converted try the Pirates dug deep to secure a bonus point effort. Replacements had been made, including a debut for hooker Charlie Gibbings. Other fresh faces, namely fly-half Javier Rojas Alvarez and prop Jack Owlett then made telling contributions. The former posted his penalty kick perfectly down the left touchline, and it was the latter who was in position to apply the downward pressure for try number four.

The Cup win for the Pirates against London Irish two weeks earlier had delivered the perfect Christmas present, whilst this result was one to provide genuine optimism for the New Year. For sure, a lot of hard work is and has been undertaken by individuals, with the passion of Dicky Evans also still steering the plotted course.