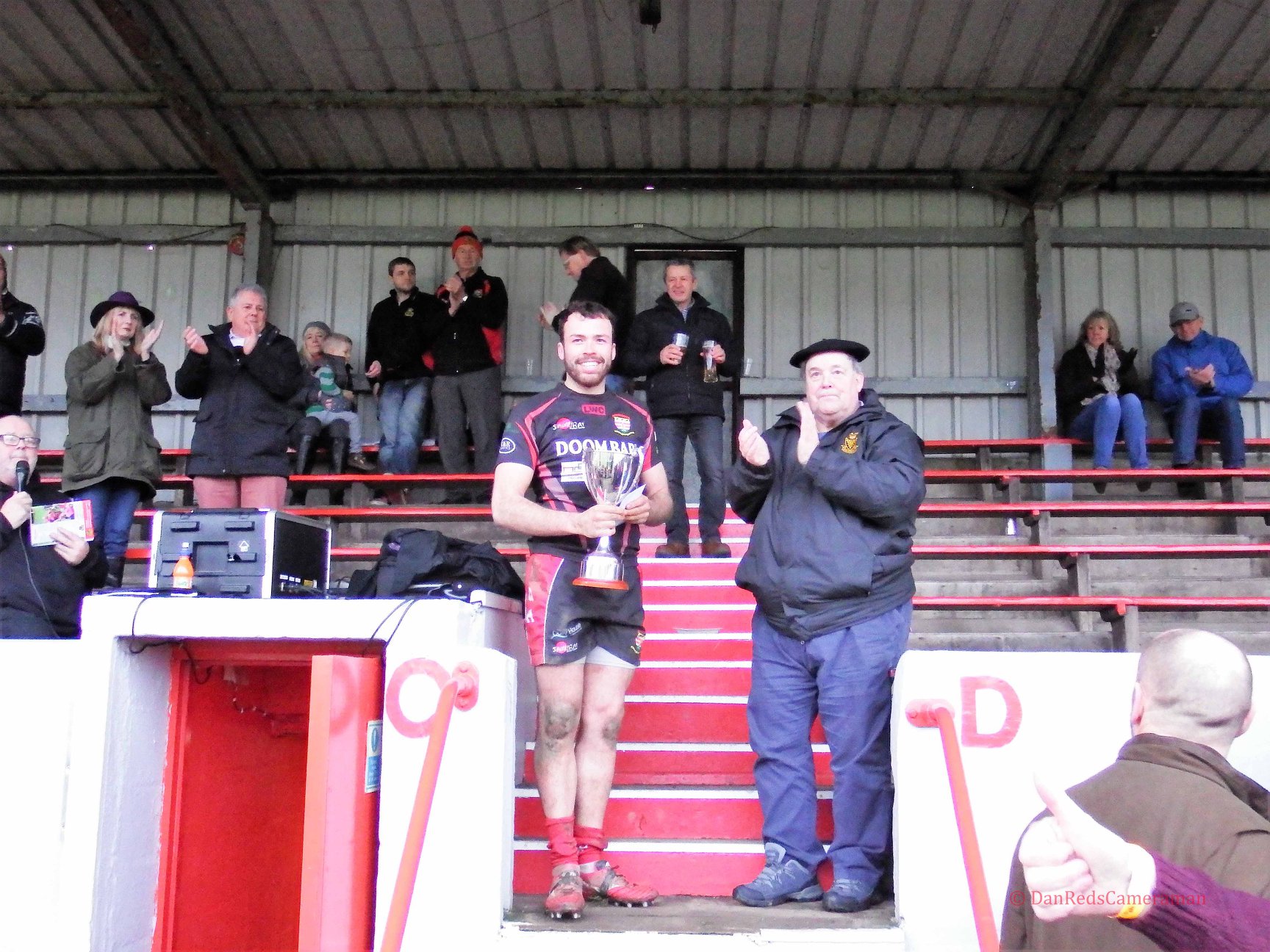 By Bill Hooper at the Recreation Ground.

Dave Mankee’s penalty mid-way through the second half proved to be good enough for Camborne to re-gain the Rodda’s Milk Cup against old rivals Redruth.

It proved to be an absorbing game with defences generally on top played out before a crowd of over 1,500 in the winter sunshine. It was by and large a good-tempered game.

Camborne’s head coach Liam Chapple was delighted with his side’s performance. “We defended so well throughout the whole game and when chances came our way we took them. Getting to half-time all square at 14-all gave us a huge lift that we could go on and get a result here. All credit to the boys for digging in and playing their hearts out. I hope we can use this result as a launch pad for our league campaign in the New Year starting at home against Newton Abbot.”

Playing down the slope first half it was Redruth who had the early pressure roared on by their home support. Having gone close early on wing Tom Notman finished off a textbook move off a scrum after Pale Nonu made good ground before scrum-half Jack Oulton provided the scoring pass.

Full-back Ashley Hosking knocked over the conversion and the Reds so it seemed were up and running.

Redruth looked to build on their early score with Sam Parsons making a return for this fixture playing in the back row putting in some strong runs.

As the game reached the half-hour marked so the fortunes changed. Within the space of a couple of minutes Camborne profited from two interceptions from deep in their own twenty-two to score. The first from a mistake from Nonu saw lock Neil Stanlieck charge up-field like a raging buffalo only to be hauled down five metres short of the Redruth line. After a couple of phases flanker Cameron Bone squeezed over to the huge roar of the Camborne end. Mankee’s conversion looked wide but was given by the referee.

Moments later it was a case of déjà-vu as man-of-the-match and winner of the Tony Pill Cup, centre Declan Matthews picked off another speculative pass to sprint in from his own twenty-two under the Redruth posts, Mankee slotted the conversion to put Town 14-7 up in front of their delirious fans.

Redruth hit back but their chances all came to nothing as the error count piled up, eventually in time added on at the end of the first half they scored a second try through centre Connor Gilbert from short-range. Aaron Simmonds on as replacement added the extras to tie it up at 14-all at half-time.

The second half proved a cagey affair both sides had chances but wasted them. Mankee was short with a penalty attempt from near half-way but some twelve minutes later he was on the money with another attempt that put his side ahead.

With time running out Redruth tried everything, however the game was held up following a neck injury to Camborne player Oakley Smitherham which necessitated in the player being stretched off to warm applause.

Redruth had a period of pressure on the Camborne line at the end but a knock-on saw Camborne re-gain the churn, despite defending for the final moments with just thirteen men, to the huge delight of their fans at that end.