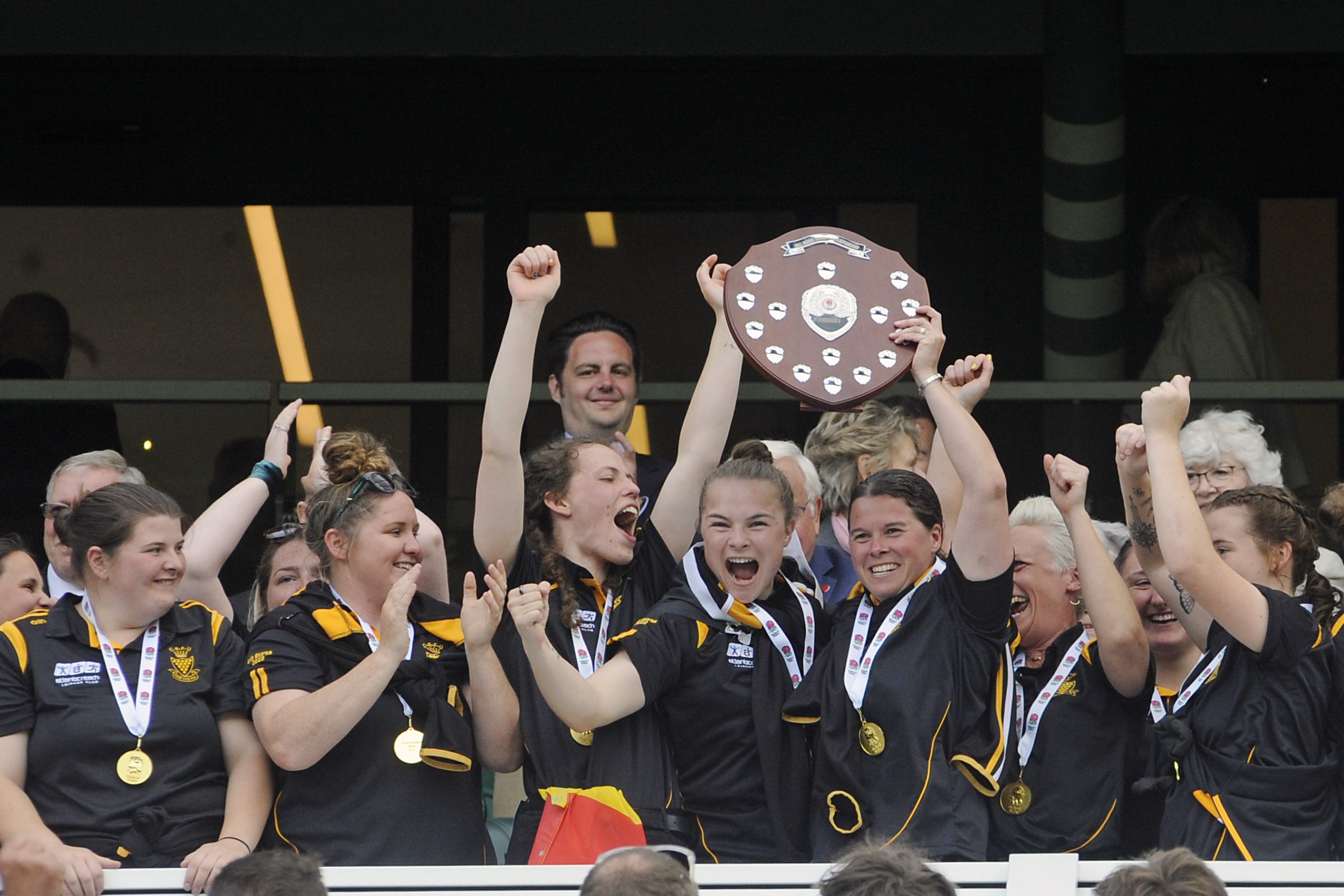 Cornwall Women made it an historic day for Cornish rugby with this deserved win in the inaugural Gill Burns Division 3 final. There was a brace of tries each for Amy Bunt, Tia Larson and Emma Stefanotti

It’s a win that will hopefully have a positive effect on Women’s rugby in the Duchy as young girls will see that they too can wear the black and gold and emulate the women who have astonished even their most ardent supporters this season.

It was the three counties that got the opening score when their full-back Cassie Milestone crossed in the corner, with fly-half Hannah Vandersluis landing a very good touchline conversion.

However, Cornwall soon got their opening try when centre Larson made a superb break to dance her way to the corner for an unconverted try.

The back row of Beth Hampton, Rhian Roberts and skipper Verity Holden were carrying well and working hard at the breakdown, whilst both props Mel Ruby and Kim Upcott put in a lot of work.

Further good play from the forwards and backs saw centre Lisa Allin put full back Amy Bunt in for a try and a 10-7 lead. Bunt’s strength when she stepped inside her opponent to dot down was sheer class.

With half-time approaching scrum-half Amy Warman fired out a pass to Bunt who saw space behind, using her speed to outwit the defence she strolled in from 55 meters to plant he ball under the sticks, with a cheeky smile at the camera from some 35 meters out!! Holly Williams conversion putting Cornwall in a strong position at the break 17-7.

Cornwall began the second half with a bang, wing Emma Stefanotti went off on a speculative run, saw the gap to sidestep the cover and streak straight to the try-line under the posts, Hawkins duly obliged with the extras.

NLD pulled back three points with a penalty from in front of the posts by Vandersluis, before Larson again showed her silky skills with solo run that sliced through the opposition from half-way to dot down under the bar, Faith Rowe on as a replacement bettered the try.

Stefanotti then completed her brace of scores taking a good pass from Holden. NLD completed the scoring with a short-range effort from the forwards that Vandersluis converted.

Cornwall earned a final penalty and were able to boot the ball off the park to start the celebrations.