Win Keeps The Pirates on Track 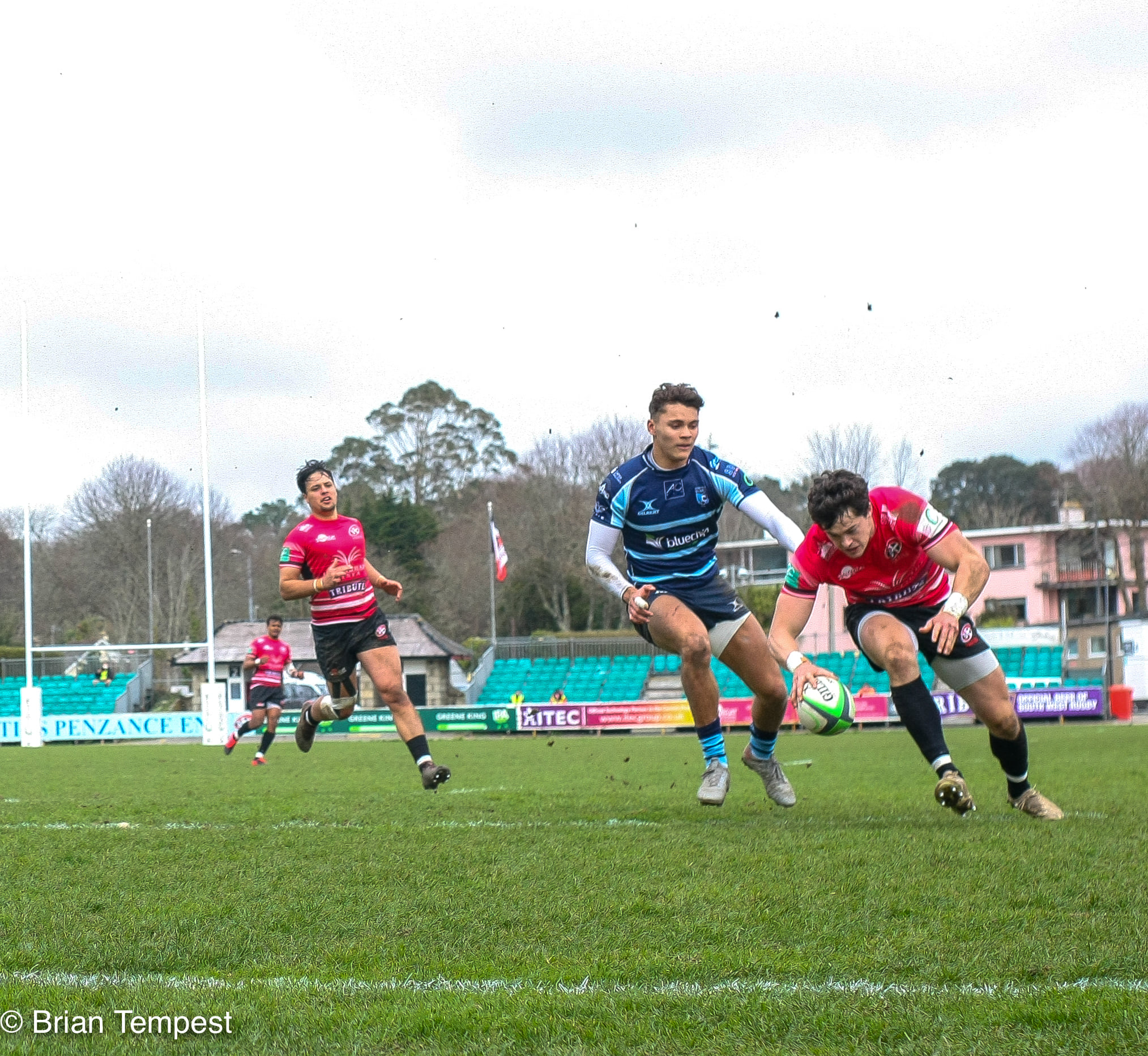 Cornish Pirates made it three wins out of three in the Championship, and with a satisfying bonus point to boot gained against Bedford Blues, reports Phil Westren from the Mennaye Field.

Flanker John Stevens, who was man of the match when the Pirates played Saracens two weeks previously, returned to the starting line-up for this encounter, with Josh Caulfield moving up into the second row in place of Fa’atiga Lemalu. Ready to make his 50th appearance for the club was centre Rory Parata, whilst a fresh face on the bench, keen to taste his first action this season, was a fit again Will Cargill.

The home side looked purposeful in the opening exchanges, only to see Blues’ full-back Rich Lane – one four players in the Bedford side who have played for the Pirates in the past – gifted an intercept that saw him run clear to the Penzance posts. Fly-half Will Maisey added the conversion.

It was not the start the Pirates either wanted or could have anticipated, however they all but immediately hit back. Gifted a penalty, fly-half Luke Scully made a fine kick to touch into the old Western National corner, and from there a potent driving maul ended with hooker Dan Frost identified as a try-scorer. Scully was luckless with his conversion attempt from out wide.

Midway through the first half, after Bedford Blues lost the services of former Pirates flanker Joe Atkinson to the sin bin, the Pirates looked to up the tempo in an effort to take advantage. Wing Alex O’Meara first attacked with pace down the right, and then, after the visitors fluffed at a line-out, the Pirates worked play quickly left for wing Robin Wedlake to cross for an unconverted try.

The Blues looked to respond, only for Pirates’ flanker Stevens to scrabble possession and man-of-the-match centre Shae Tucker then make good yardage to near halfway. But, it didn’t stop there. Awarded a penalty the ball was again posted into the Western National corner, and from a slick-line-out ploy it was prop Marlen Walker who scored what proved an unconverted try.

With a little over half an hour gone the Pirates could now eye a bonus point providing fourth try, which was duly delivered. Flanker Antonio Kiri Kiri used his pace to take play to near the Newlyn posts, and from there Caulfield maintained the advance and scored after swatting off would be defenders. Scully’s conversion made it 22-7, which is how it stayed come the break.

Hopes were high that the Pirates could kick on still further in the second period, however it wasn’t to be. Clinical line-out efficiency did lead to Walker bagging a second try in the match, but with half an hour still to play that was it points-wise for the Cornish side.

Blues’ centre Reuben Tulloch-Bird made a fine break, from which a supporting colleague should perhaps have scored, however hooker Jacob Fields would eventually make up for that disappointment with a try wide out left to which replacement fly-half Thomas Mathews was unable to add the extras.

In general the whole structure of the game was now broken up, and although the Pirates created opportunities they also erred too often, leaving promise of the first half to ultimately simply evaporate.

Reflecting at the end of the match, joint head coach Alan Paver had mixed emotions when he commented. “That wasn’t our finest game, as I would have liked for us to have retained the ball a bit better and been better in terms of how we played field position, plus we looked a bit sluggish in areas. Our set piece also got just a bit raggedy near the end, however in control for much of the match and acquiring 14 points from three games it is naturally pleasing, and the result does move us one step closer to where we want to be, which is to be in contention for the play-offs.”