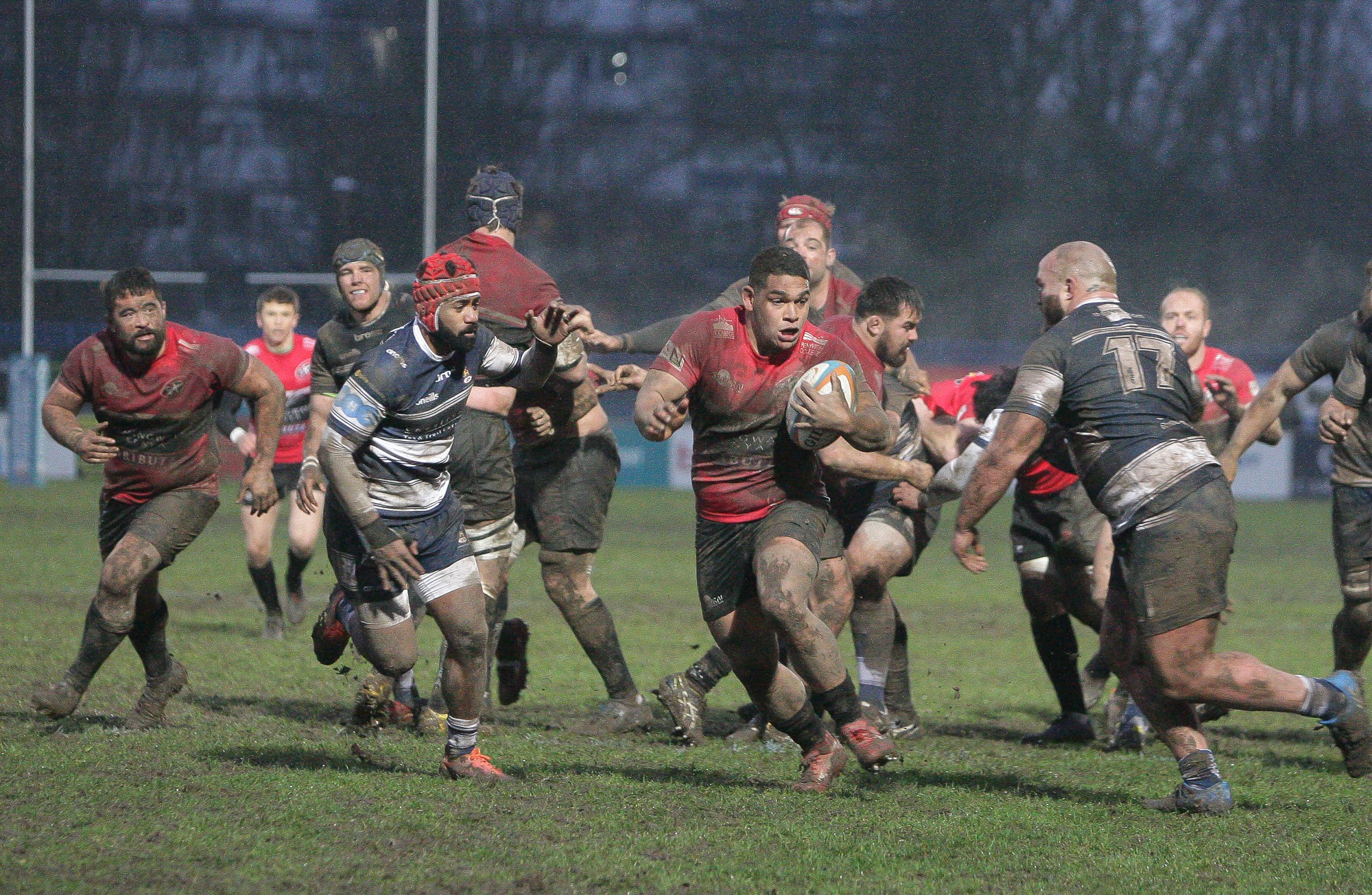 On the road for a second week running, there was always a feeling that another real challenge lay in wait at the Butts Park Arena, and so it proved. Leading 14-6 at half-time, the Pirates sadly succumbed to pressure applied by their hosts in the second period, a high penalty count and two yellow cards not helping their cause.

Coventry, who have made a welcome return to the Championship following their relegation at the end of the competition’s inaugural 2009-10 season, arrived at this Round 12 stage seventh in the league – the Pirates were fifth.

In a side keen to bounce back from their defeat at Yorkshire Carnegie six days earlier, the Pirates welcomed back wing Robin Wedlake from injury, whilst at fly-half Javier Rojas Alvarez was named after being used early as a replacement the previous week following an unfortunate injury to Will Cargill. On the bench, a fit again Dan Frost was selected as the replacement hooker, with Harvey Skinner taking the seat vacated by Rojas Alvarez.

When the Pirates emerged from the changing rooms it was ever-present lock Toby Freeman, set to make his 50th appearance for the club, who had the honour of leading the team onto the field. Then, when play was underway, after an early opportunity to pose a threat from a line-out was lost, the Cornish visitors shortly after opted for a penalty kick at the posts which was successfully struck by Rojas Alvarez.

A penalty from Coventry’s fly-half Will Maisey levelled matters, and they shortly after went close to scoring the game’s opening try after charging down a kick. That threat, thankfully, was foiled, however midway through the first half a second Maisey penalty made it 6-3.

From the restart ‘Cov’ were immediately penalised, giving Rojas Alvarez the opportunity to again draw the scores level, and he did.

A good spell of play from the Pirates followed, with wing Alex O’Meara displaying football skills to apply pressure on the home side. Strong running from centre Callum Patterson and No. 8 Tom Duncan also forced Coventry on the back foot. Pleasingly, at this stage, the Pirates line-out was working better than the previous week, as was the scrum. Set piece is so important, in any game, and when another chance to take three points was given, a third penalty from Rojas Alvarez delivered.

Confirming a dominance heading to half-time, Freeman caught cleanly at a line-out and the Pirates drove forward. Scrum-half Alex Day made a dash, the advance continued through Patterson and a fine run from hooker Sam Matavesi, and then it was full-back Kyle Moyle who in a flash lent support to dive over for his eighth Championship try of the season. Rojas Alvarez was unable to add the extra two points, but the Pirates nonetheless arrived at half-time with a thus far deserved 14-6 lead.

Of no surprise, the home team looked to up their game at the start of the second period, and, under the floodlights and in less than ideal pitch conditions, in the process fully test their opponents. Initially the Pirates were not only up to the challenge but also went further ahead when Rojas Alvarez landed his fourth penalty of the afternoon.

Coventry, of course, have a gifted squad of players, including Tongan international wing David Halaifonua and former Pirates and Gloucester hooker Darren Dawidiuk, For the latter it was time soon to depart as Coventry introduced a couple of front-row replacements. Also, during this period, after the Pirates scrum was put under extra pressure it was not long before referee Mr. Chivers spoke to Pirates’ skipper Brett Beukeboom and a yellow card was shown to flanker Josh Caulfield.

The Pirates did well to keep Coventry at bay, before in the 56th minute replacement hooker Scott Tolmie scored an unconverted try from a well-executed driving maul.

With the scoreline reading 11-17, the home side were very much back in the match, and there another former ‘Pirate’, in Tom Kessell, now on the field as Coventry’s replacement scrum-half.

The Pirates strived to hold out in the last quarter, it a test for their resolve, as it was for Coventry who have only lost at home twice in the Championship this season. Sadly, however, the Cornish side’s penalty count continued to rise.

The game was slipping away from the Cornish outfit, who near the end also lost their leader, Beukeboom, to the sin bin. He had been spoken to on a couple of occasions and from the resulting line-out it was a second try from Tolmie that gave Coventry their chance of victory. His effort was scored from quite wide out, so the conversion to ultimately win the game was, considering the extra pressure involved, anything but a formality. Taking the responsibility was centre Tony Fenner, whose effort was struck in complete silence – that’s until it sailed through the posts to roars of jubilation.

There was still the slimmest of a chance for the Pirates to perhaps score again, but the restart went out on the full and the game was soon over. It also ended a day when to leave with losing a bonus point was of absolutely no consolation.

Speaking at the end of the match, Cornish Pirates’ co-coach Gavin Cattle said. “For us it was one of those gut wrenchers of a game and one also played in conditions that were difficult for both sides. Compared to last week there were though positives, such as our collision and sound defensive sets, plus in the first forty we had some good ball off the scrum.

“I thought we did well to disrupt their set piece but our penalty count in the second half was too high, which tells a story in itself, and the yellow cards didn’t of course help.

“Ultimately, such occasions are a collective responsibility, there no excuses and we have to learn from the experience.”