Below par Pirates pick up a losing bonus point 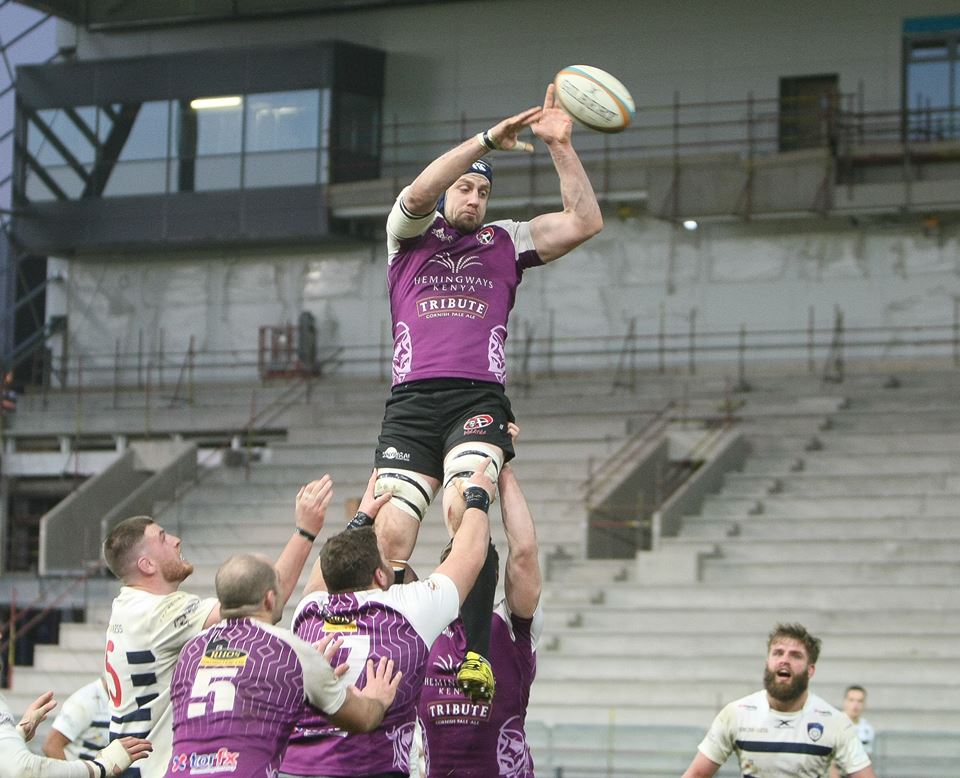 Frustration for Below Par Pirates

It was known pre-match that this contest would inevitably be a tough one, and likely enjoyably entertaining against a rapidly improving Yorkshire Carnegie side whose Director of Rugby is former Pirates High Performance Manager Chris Stirling. Well, tough it was, but not enjoyable, particularly from a Pirates perspective in what was for them a below par and frustrating performance.

Having ended 2018 on a high, a 27-nil win at home to London Scottish propelling them up to third in the Championship table, the Pirates arrived at this halfway point in the league keen to push on at the start of the New Year. They were also able to name a starting XV that showed just one change from their last outing. Prop Marlen Walker, a second half replacement against ‘Scottish’, swapping places with Jack Andrew.

On a breezy afternoon at the Emerald Headingley Stadium, it was visiting fly-half Will Cargill who kicked the match off. Unfortunately, however, his services were then curtailed, as following a collision he had to depart proceedings with a mouth injury.

It was also not long before Yorkshire Carnegie opened their account, when in the eighth minute prop Marc Thomas was identified as a try-scorer following a potent driving maul. Young fly-half Jacob Umaga, returning to Yorkshire Carnegie from Gallagher Premiership side Wasps on dual registration, added the conversion.

The Pirates were finding it hard to make much impact in the match and were also luckless when Cargill’s replacement, Javier Rojas Alvarez, saw a penalty effort go wide.

Approaching the half-hour mark the home team extended their lead. Winning a turnover, they quickly spotted an opportunity to spin the ball away quickly, with No 8 Dan Temm’s run setting up a try for debutant wing Elijah Niko. The conversion attempt by Umaga this time missed.

It was time for the Pirates to respond, and they did, thankful to opportunist hooker Sam Matavesi who stole possession close to the hosts line. Dotting the ball down, his seventh Championship try of the season was converted by Rojas Alvarez.

The Cornish team now appeared rejuvenated, wing AJ Cant and full-back Kyle Moyle both running well before right on half-time the offer of a penalty award saw skipper Brett Beukeboom call up Rojas Alvarez whose successful kick at goal reduced the deficit to just two points. At this particular break, 12-10 was a scoreline that the Pirates likely considered themselves fortunate to trundle off to.

An excellent long-range penalty effort from Umaga extended the home team’s lead right at the start of the second half, which it was hoped would again draw a response from the Pirates. Matavesi, along with back-rowers Josh Caulfield and John Stevens tested the home defence, however it was the home side who were gleaning impressive advantage at the breakdown, whilst the Cornish Pirates line-out was also not functioning to requirement.

Walker and No 8 Tom Duncan were next to provide a little go forward, but Yorkshire Carnegie defended admirably and when they were able to kick clear a potential scoring opportunity was lost.

On 56 minutes, Umaga surprisingly missed an easy penalty opportunity from in front of the posts. However, he shortly after made no mistake with a more difficult attempt, opening an eight points gap as play now entered the last quarter.

In striving to get back into the match the Pirates were simply giving too many penalties away, the referee seemingly not, on this day, their friend.      Thus far, Yorkshire Carnegie had been the better side, though they too erred in a match that was failing to live up to expectation. Umaga also missed another penalty

For the Pirates, the need was simply to finish strongly, as there was still time to snatch a result. Sadly, though, it felt like the more they tried then yet more penalties were given away, with there also a yellow card shown to prop Tyler Gendall.

The Yorkshire team also soon after lost flanker Josh Bainbridge to the sin bin, which at least balanced personnel at 14-a-side.

With a display of late energy, the Pirates made yardage and showed good support play, and were surely unlucky not to be awarded a penalty try when home centre Andy Forsyth deliberately knocked the ball down. As it worked out, referee Mr. O’Grady showed ‘yellow’ to Forsyth and awarded the Cornish Pirates just a penalty. Skipper Brett Beukeboom once again gave Rojas Alvarez the nod to take a kick at goal which, being successful, also at least gave the Pirates a losing bonus point.

Speaking straight after the match, disappointed Cornish Pirates’ co-coach Gavin Cattle said. “We were well below our standards, slow out of the blocks and there too many individual errors. Credit though to Yorkshire Carnegie for their work at the breakdown which was very effective.

“Mistakes were made when we were under pressure but also when we weren’t, and it so disappointing when our effort and preparation ahead of the match was bang-on and our attitude outstanding.

“The game was dominated time-wise by the scrum, there a lot of stop-starts and it overall very frustrating. It also meant that by giving too many penalties away we gave them too much field position.”

Gavin added, “This is a challenging period, but not grumbling we will dust ourselves off and look to put wrongs right before getting on the road again away to Coventry next Saturday.”