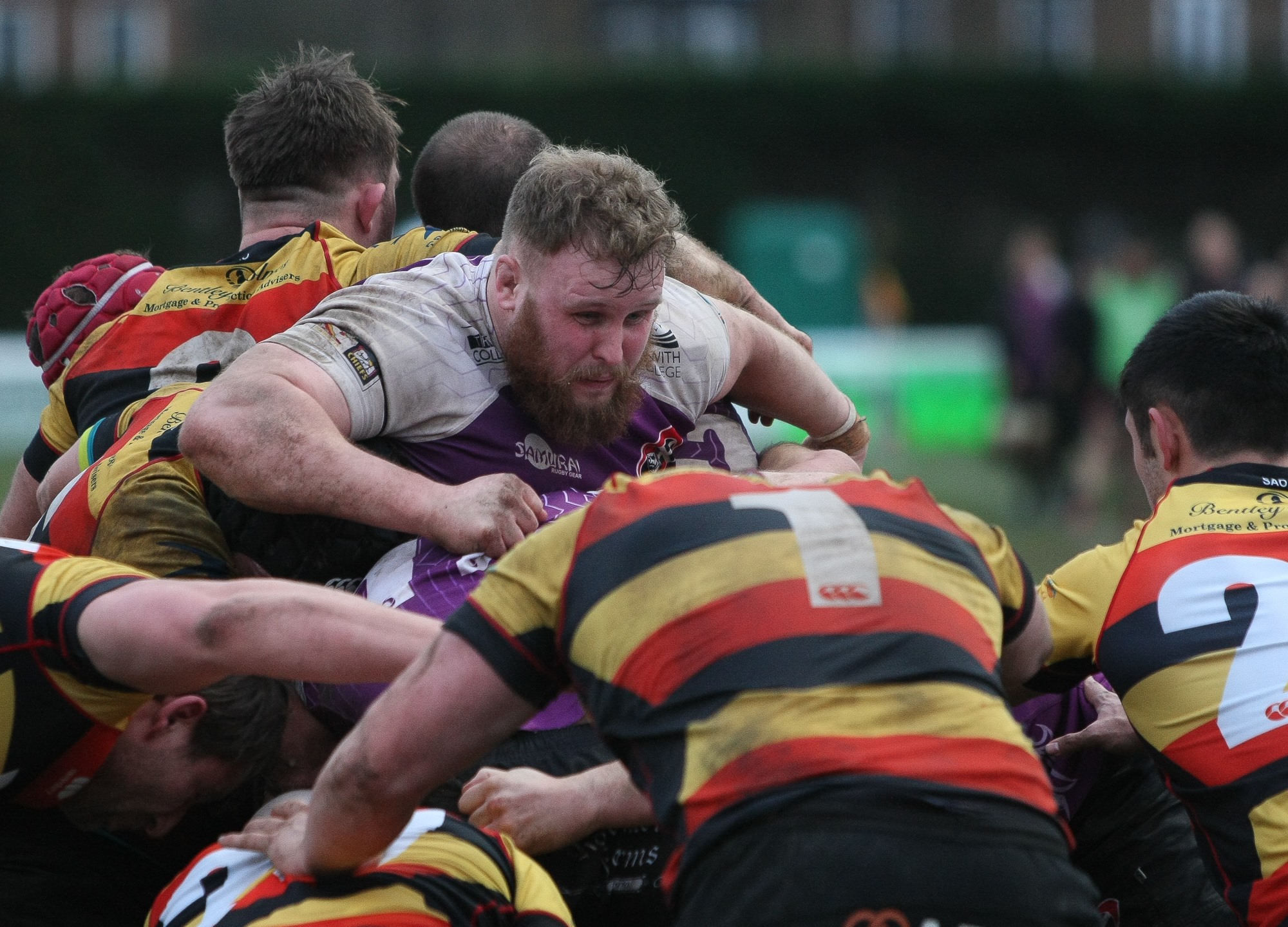 In front of their loyal travelling supporters, an uplifting last-minute try scored by full-back Kyle Moyle, his second in the match, delivered a sought after and ultimately deserved bonus point victory for the Cornish Pirates in this Round 14 Greene King IPA Championship match played at the historic Richmond Athletic Ground.

Ahead of this contest the two teams had met each other five times since the West London’s side’s Championship level arrival in 2016. Richmond won the first two encounters, but the Pirates had emerged victorious since, including a hard-fought 29-19 result at home in September.

For the 11th versus 5th in the league clash, the Cornish Pirates made four changes in their starting XV from the one that faced Jersey Reds the previous weekend. Matt Evans was selected on the wing and Alex Schwarz at scrum-half, whilst in the forwards prop Christian Judge was named to make his first start since September and Josh Caulfield returned to wear the number six shirt. A fit again Tom Duncan also took a seat on the bench.

Game underway at the ‘RAG’ it was the home side who dominated possession early doors, their team including two familiar Cornishmen in former Pirates back-rower Jake Parker and hooker Rupert Freestone, who has joined Richmond this season from Plymouth Albion.

Making use of a thirteenth minute penalty that came their way, the choice of a kick to the corner by Richmond was followed by a driving maul. It proved very effective and led to the game’s opening try, scored by prop Will Goodrick-Clarke. Full-back Lewis Dennett was luckless in adding the extras.

Midway through the half the Pirates leaked a second score which followed the sin-binning of flanker Matt Bolwell. He was fully committed chasing scrum-half Alex Schwarz’s kick, but at the point of impact with an opposition player the referee deemed it a foul and had no hesitation in reaching to his pocket for ‘yellow’. As for the score mentioned, that followed another penalty kick and, yes, another catch-and-drive. It was one that was also truly impressive, as from some 20 metres out the driving maul ended with another home ‘Will’ the try-scorer, this time in the shape of lock Will Warden. The conversion attempt, however, once again missed.

The penalty count against the Pirates was far too high in the first half, however they got back into the match following a terrific 40 metres line-break run by flanker Caulfield, whose pace and determination saw him make it over the line for a superb try. On clearly a difficult day for the kickers, fly-half Javier Rojas Alvarez was unable to add the extra two points.

In now February gloom at the RAG, the Pirates performance had actually lit matters up a little, and with a penalty awarded before the break – one slotted by Rojas Alvarez – it got just that bit brighter. At just 10-8 come the half-time whistle it was all to play for.

The wind appeared stronger at the start of the second half, and the Pirates line-out also struggled to function. Quick to make changes, it was interesting to see what impact fresh legs might have.

Although a penalty kick opportunity from replacement Harvey Skinner went to right of the posts, the Pirates were now seemingly picking up the pace. Also, a great run down the touchline by Kyle Moyle lifted spirits as he ghosted past defenders. The home side managed to clear the danger, but it wasn’t long before Moyle was again applying pressure which led to an attacking line-out opportunity. It was also one that would prove to be well executed, ending with an unconverted try scored by Matt Evans.

Into the lead for the first time in the match it was time now to up the ante, and they did. Evans, centre Callum Patterson and Alex Day applied further pressure, the latter having replaced Schwarz who had showed up well given his first Greene King IPA Championship start. The ball would also once again reach the hands of Moyle who spotted space and had the acceleration to score his tenth try in league matches this season. Despite it unconverted, the score had opened up what could prove an important eight points gap.

As it worked out, come the very end the Pirates extended their lead, a super second half display crowned with their bonus point providing try. Skipper Brett Beukeboom, Skinner and wing Robin Wedlake were involved, but it was ‘Moyler’ who popped up again and avoided a desperate attempted tackle to cement his second score – and the win. The result also saw the Pirates move up to third in the league table.

At the end of the game Cornish Pirates’ co-coach Gavin Cattle was quick to give credit to Richmond for their gritty performance, praising also their good set piece. As for the Pirates, after a first half when he felt his team had made too many errors and had given away too many penalties, he was pleased with the second half reaction.

He said. “During the interval we spoke about our first half performance, so it was good to react as we did in the second forty, with the bench as a whole also playing their part.

“Credit to Moyler who I think is the best full-back in the league. He showed some really good touches, has a balance to his game and he took his chances well.

“We have learnt in the past that Richmond is a difficult place to come to and that was the case today. However, it is when you are in that arm wrestle and how you respond that’s important, and we did by dominating the second half to secure the victory.”