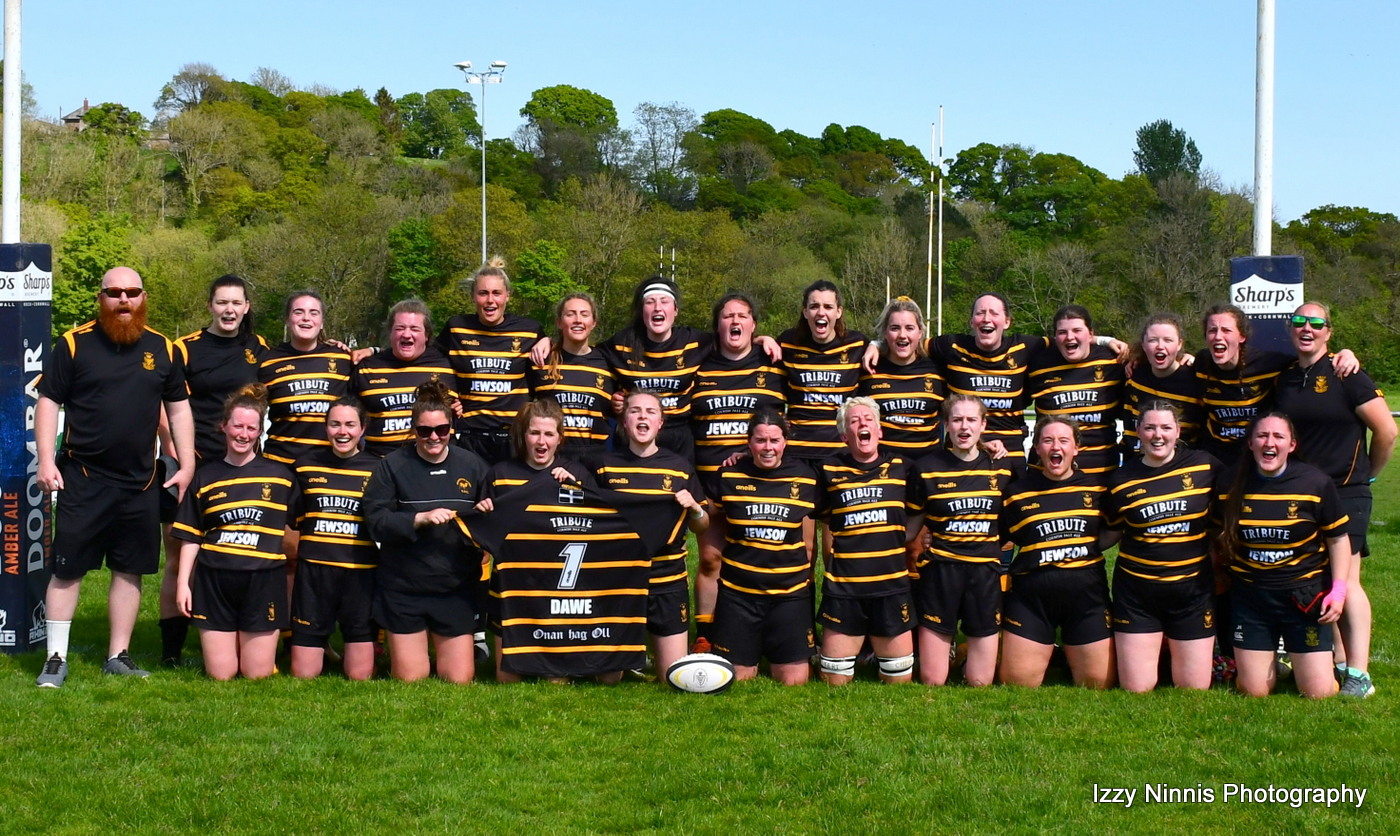 Cornwall Women got their campaign off to the best possible start with a bonus point win against Dorset & Wilts Women on a gloriously warm day at Launceston.

Prior to the kick-off there was a minute’s applause to remember Chloe Dawe who was part of the squad prior to the pandemic but who sadly passed away earlier during the season.

Cornwall kicked off playing towards the town end and immediately established good field position, Beth Hampton at No.8 putting in the first of some big drives. Cornwall worked the phases and it was flanker Rhian Roberts who dotted down behind the whitewash for an unconverted try.

Cornwall continued to boss the early stages with Tia Larson in the centre putting in some huge tackles as well as looking dangerous on the attack.

It came as no surprise when Cornwall doubled their score with a superb try from full-back Amy Bunt who showed her pace to out-stretch the cover.

Dorset & Wilts rolled their sleeves up and got some territory in the Cornwall twenty-two, from a tap and go lock Kathy Hancock powered over  in the clubhouse corner to cut the deficit.

The same player repeated the trick before half-time to see both sides level at the break 10-10.

Cornwall again began the half in dominant mood with prop Nicole Rowland showing her strength to get over from a pick and go.

Cornwall then scored the try of the game, Bunt combined with wing Emma Stefanotti who set off on a mazy run of some 50 meters breaking tackles, keeping her balance to score a memorable try under the sticks, fly-half Faith Rowe adding the extras.

Cornwall weren’t finished, centre Lisa Allin skipped out of a tired tackle to score Cornwall fifth try to the delight of the crowd.

There were a few hold up for injuries as both sides tired, Rowe pushed Cornwall to the thirty point mark with a penalty from in front of the posts with just a couple of minutes to go.

However, the visitors had the final say when prop Lucy Brewer got over for their third try.

After the final whistle, Cornwall Captain Verity Holden spoke of her pride in the team and praised her side for their hard work both in preparing for the season and during the game. “I couldn’t have asked for more the girls played for the shirt today I am over the moon with our result today.

“The girls put their bodies on the line today, they defended like demons to keep out Dorset & Wilts.

“I think today was a big statement that Cornwall Women can play rugby and have the heart and the passion for it.”

Cornwall Women are on the road next Sunday against Middlesex at Grasshoppers RFC.