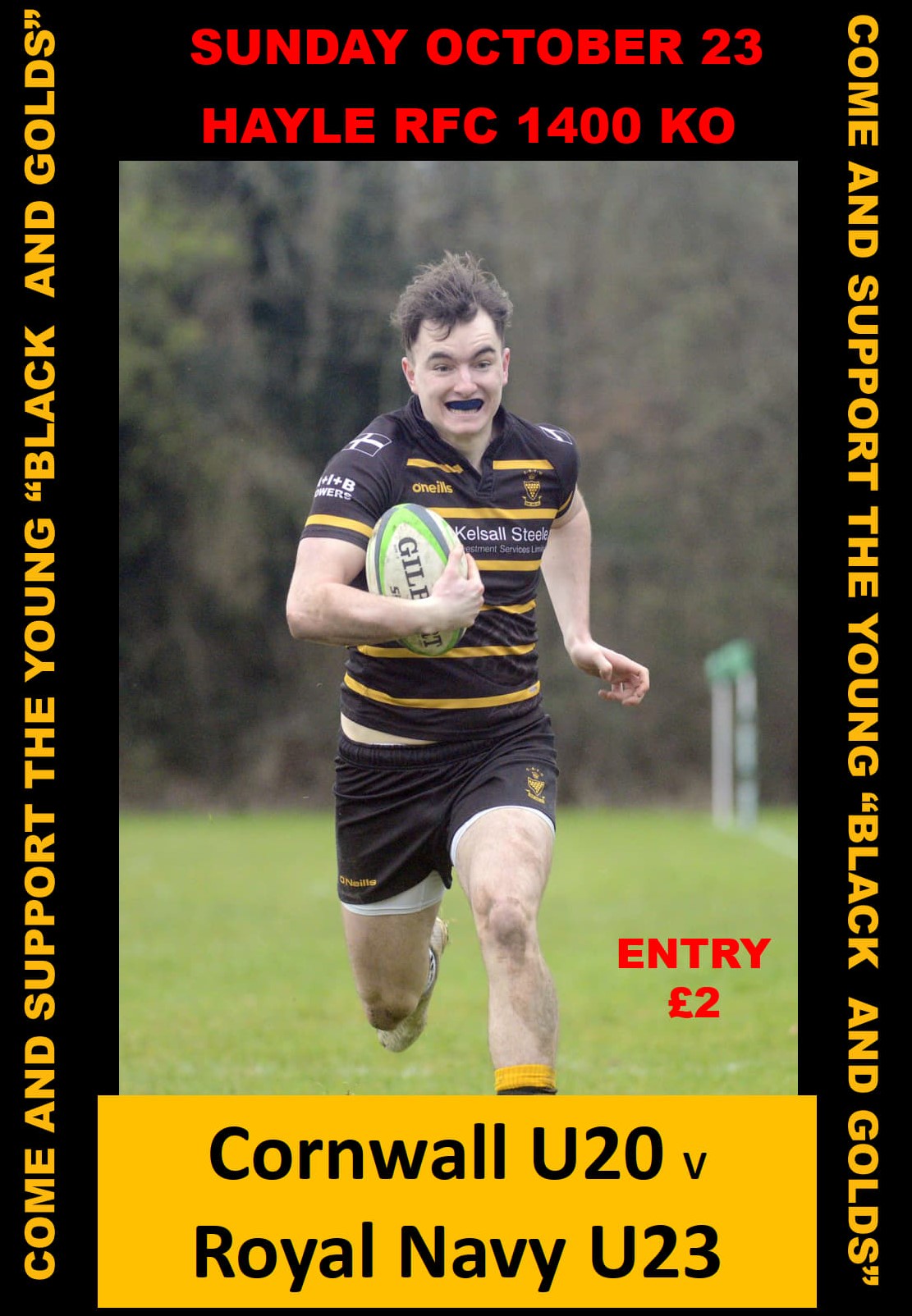 Cornwall U20 face their first game of the new season with a tough challenge versus the Royal Navy U23 team, at Hayle RFC on Sunday 23 October with a 1400 Kick off time.

The new seasons fixtures and opponents for the U20 have not been confirmed yet by the RFU but the opportunity to play this fixture was too good to turn down. The Cornwall squad will be most of the Championship winning team that won the Jason Leonard Cup back in May. However, some of the players will be unable to play due to other commitments and so potential players for the new season will be drafted in to introduce them to this level of rugby.

Entry will be charged at £2 per adult with children under the age of 16 gaining free admission.

This will be an opportunity for the championship winning team to play one last game together in Cornwall before the new season commences.

Further details to follow, but book the date in your diaries, and come along and support the young “Black and Golds”.

TASC will be providing the match ball and doing a Cornwall Man-of-the-Match Award in memory of Tom Prout.