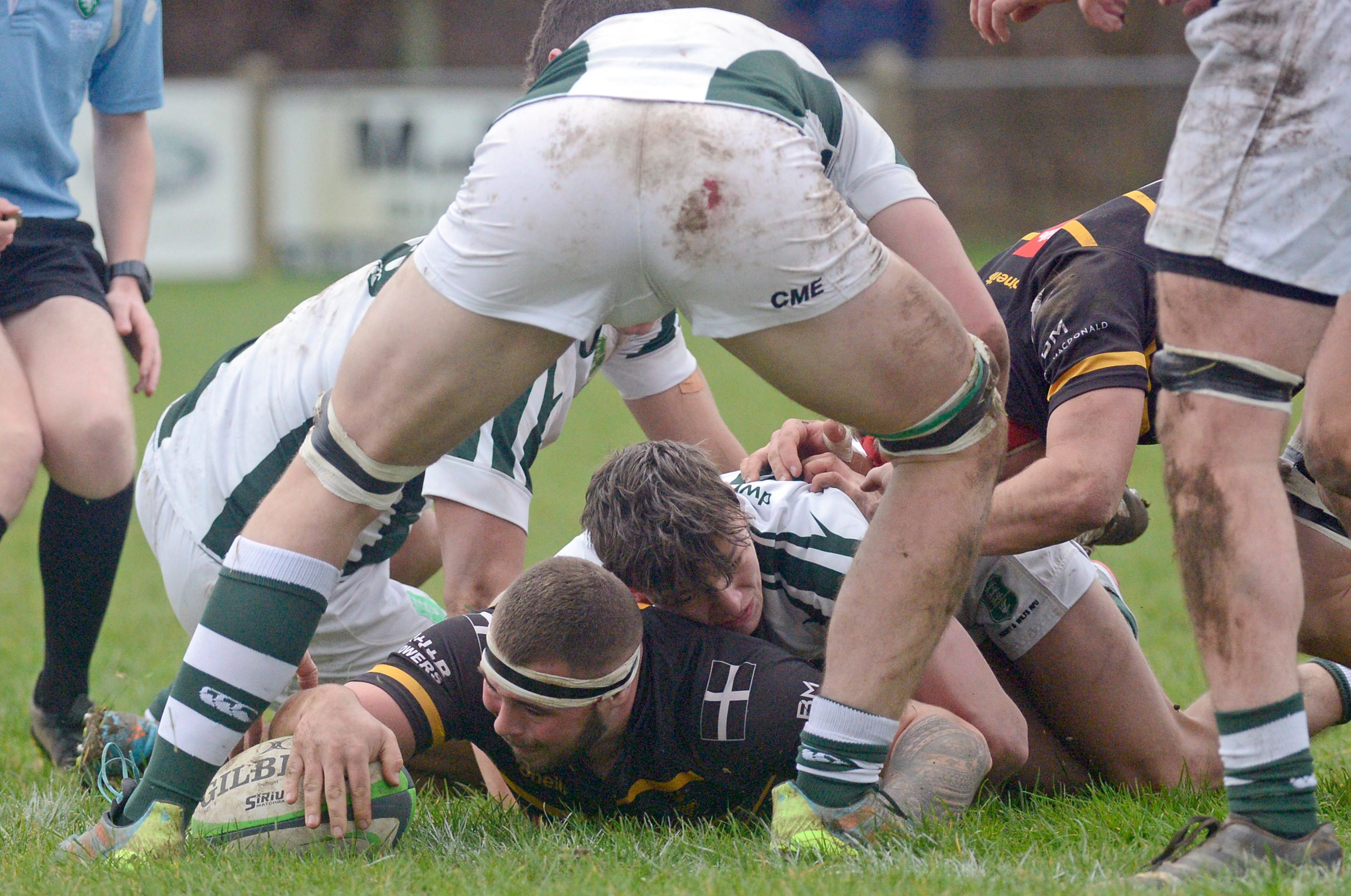 Cornwall took on Dorset & Wilts in their second pool game at Dorchester RFC looking to confirm a place in this season’s quarter-finals.

The Black and Golds made a couple of changes to the side that started against Devon with Harry Andrewartha (Redruth) coming in for the injured Charlie Levick at centre, whilst in the back row Jack King (Camborne) replaced Eli Williams.

Any nerves that the Cornish lads may have had were quickly dispelled as they took the game by the scruff-of-the-neck from the off building a 45-0 lead by half-time.

Truro wing Lewis Bostock got the try feast going as he bagged the first of his brace, with fly-half Joe McCarthy, Camborne School of Mines kicking the first of his five conversions. McCarthy was on the money soon after with a successful penalty.

The forwards then got amongst the try-scoring with the Camborne pair Tyler Dower and Declan Prowse crossing whilst Pirates Amateurs No.8 Archie Pilcher scored his second try in two games.

The backs got back into the scoring with vice-captain Joss Pascoe scoring with his centre partner Redruth’s Harry Andrewartha also dotting down just before half-time.

In the second half Cornwall looked to the bench to give all the lads a run. Skipper Ethan Pearce-Cowley completed the front-row try scoring, whilst McCarthy bagged a try to give him an eighteen point haul for the game. Hall added the extras as he did for the final try scored by Pritchard, in between Bostock got his second.

Dorset & Wilts did cross for a converted try near the end but it was no more than a consolation.

Coach Richie Kevern was delighted with the win. “We couldn’t of asked more from the lads today, they played their hearts out and got their reward of a home tie in the last eight. We will be back training next weekend preparing for that game.”