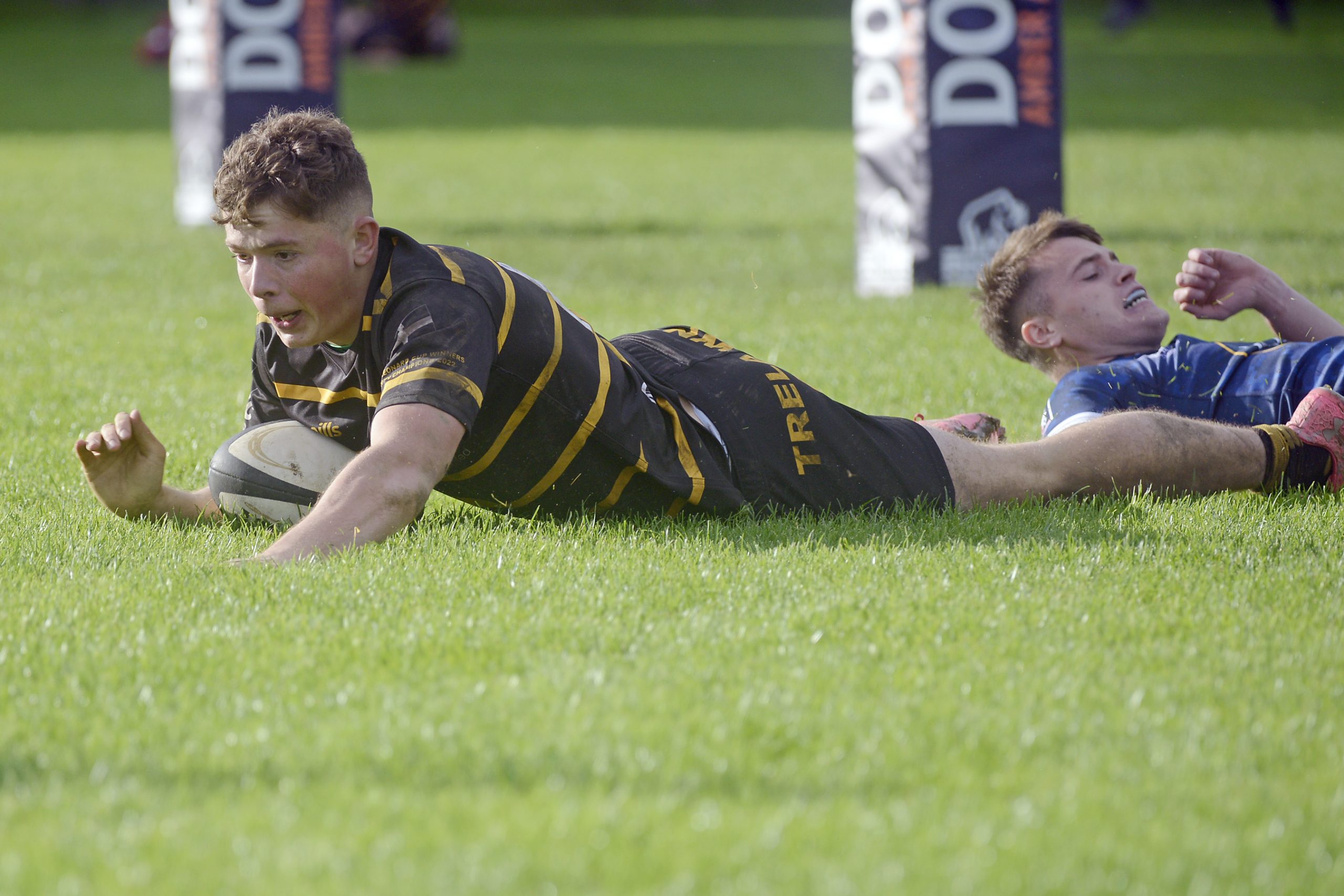 Cornwall Under 20s game the Royal Navy Under 23s a good run before eventually being out-gunned by a more physical Navy side in an entertaining game.

The match began in a downpour which made handling difficult. Cornwall suffered a blow with the early loss through injury of lock Toby Osborne.

Cornwall dominated the opening exchanges pinning the Navy back in their twenty-two. They were rewarded with a try from hooker Matt Pritchard converted by full-back Adam Hall.

Much of the play during the first half was in mid-field with Cornwall scrum-half Joe Tanswell trying to create some space and fly-half Joss Pascoe kicking into space, however the Navy defence was very solid.

No.8 Archie Pilcher worked hard all game and was deservedly given the Cornwall-man-of-the-match award by Trelawny’s Army.

Hall increased Cornwall’s advantage with a penalty kick, as the rain began to clear the Navy began to put their game together and just before half-time their pressure was rewarded with a try from No.8 A.J. Hussell converted by fly-half Kieran Manson.

Both sides began to introduce the bench after half-time. The Navy side carried on where they had left off bossing the game. They took the lead with a try from close in from skipper Dom Cleverley.

Try number three again came from the powerful Cleverley out wide. with centre Scott adding the extras. Cornwall looked for a way back but too many errors saw promising chances missed.

The Navy got back downfield to score a fourth try through replacement Oli Raynor as the game moved into the final quarter.

Harry Andrewartha pulled a try back for Cornwall, bettered by replacement Archie Bees, however the Navy had the final say as Scott went over for the final try.