Big win sets Cornwall up for tilt at Twickenham final 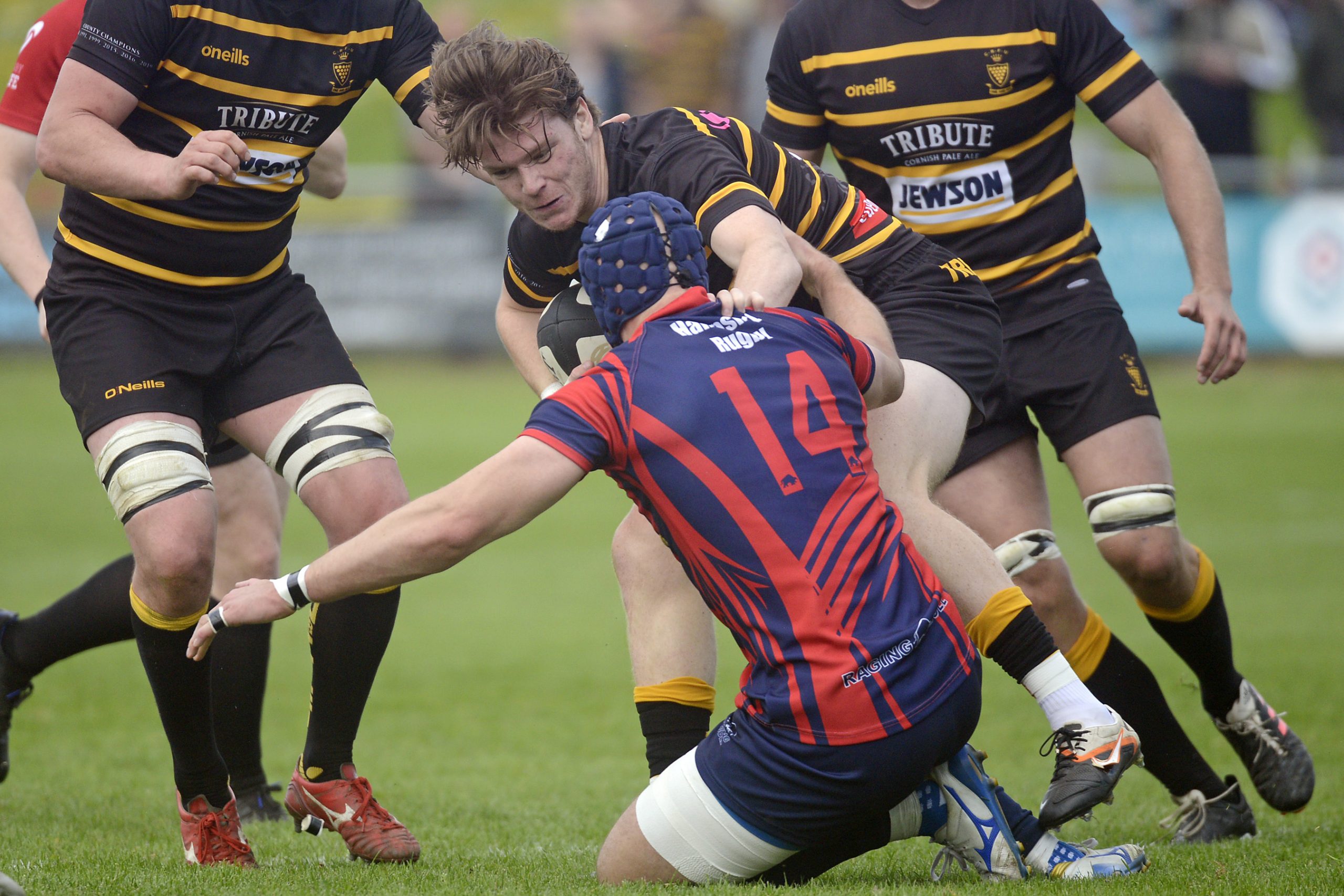 Cornwall served up a veritable feast of attacking rugby at Redruth as they opened the defence of the Bill Beaumont Cup with an emphatic win against a valiant Hampshire.

St. Austell’s Matt Shepherd was the star of the show helping himself to four tries, whilst fly-half Fraser Honey missed just one kick at goal all afternoon.

In front of a large crowd Cornwall got off to a fast start. Honey kicked a routine penalty before adding the extras to a Alex Ducker try following a jinking run from the winger.

Hampshire replied with a try from their prop Dan Sargent following some good pressure with fly-half Tom Fieldsend adding the extras.

However, from the re-start Cornwall were back on the scoreboard as they secured the re-start to launch a blistering attack that saw centre Jack Simmons gallop through.

Off the back of scrum Jack Oulton found Shepherd to put him in, the winger stretching to dot down on the line.

There were some big drives from the forwards with prop Tommy Phillips, and locks Tony Whittle and Toby Freeman prominent, a word too for the work of flanker Ben Fox in the loose.

From a catch-and-drive the forward powered towards the line with hooker Ben Priddey coming up with the ball, to leave Cornwall 31-7 up at half-time.

During the break Cornwall’s Under 20s paraded the Jason Leonard Cup around the pitch to huge cheers from the black and gold supporters.

After half-time it was more of the same. Oulton and Ducker launched a blistering attack that saw Shepherd in for his second.

Hampshire pulled a try back through wing Chris Buckett, but immediately Shepherd bagged his third try.

Ducker then completed his brace before Shepherd scored his fourth to put the Cornwall supporters in dreamland!

Mike Austin on as a replacement scrum-half got Cornwall’s next try with Redruth favourite hooker Richard Brown coming up with one of his trademark tries off a catch-and-drive.

Cornwall’s final try went to Freeman making his county debut, the former Cornish Pirate was delighted with his score.

Will Trewin had a solid game at full back on his county debut, he suffered a bad knock near the end but left the field walking.

Cornwall head coach Graham Dawe was satisfied with the result. He said. “The guys came together really well this week, they were determined to put on a show, first of all get the win and also score some points and as big a margin as possible.

“I thought we kept our shape well for the full eighty, we had defend at times and we put in some big tackles. The whole 22 got a good run out and we were able to see what they had to offer in a match situation.

“Next week at Hertfordshire will another step up, so we will prepare accordingly.”