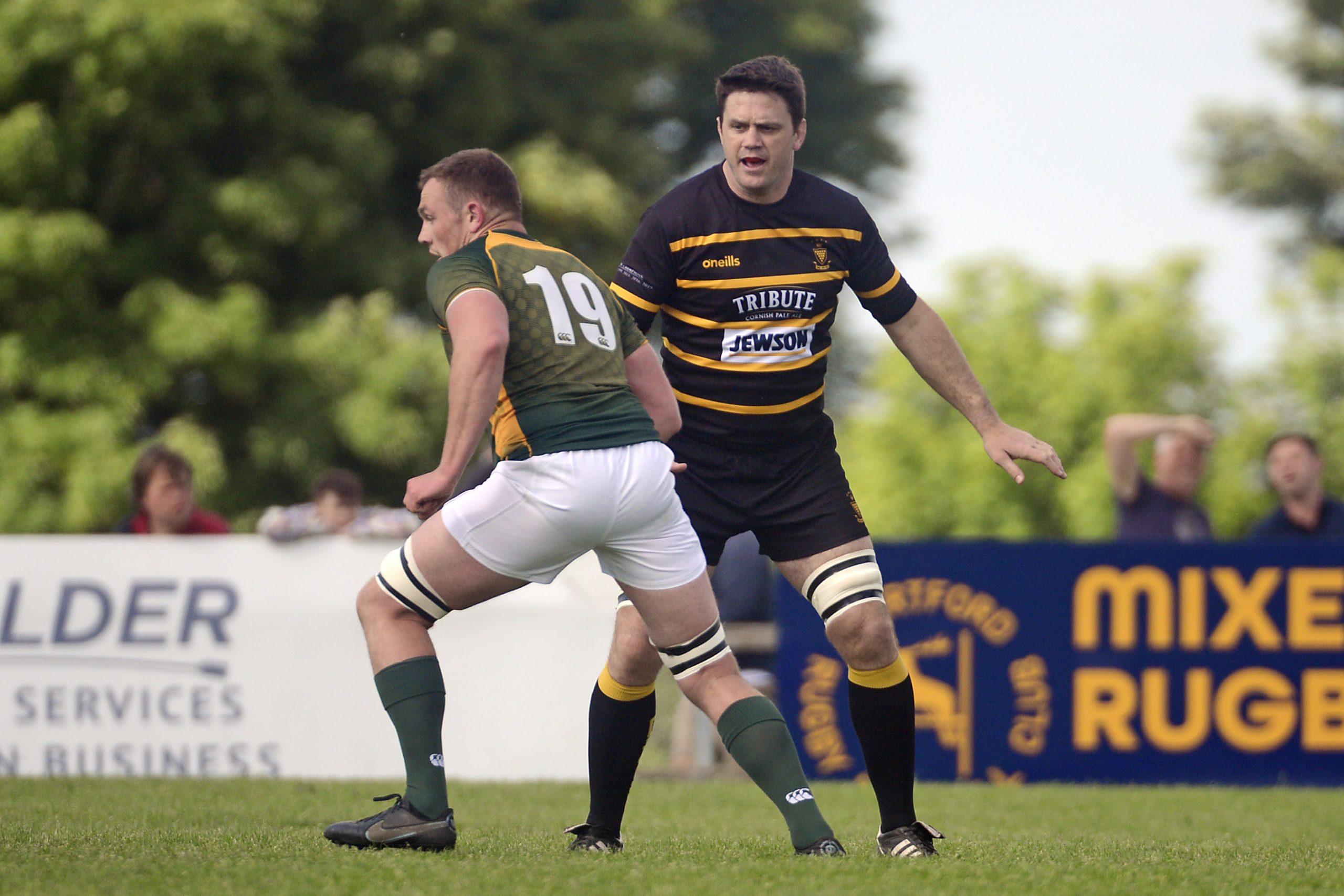 Just to let you know, Saturday’s Cornwall appearance was Ben’s 50th, confirmed by Terry Carter Chairman of Selectors.
As you will understand to reach 50 caps in this era is very unusual. Graham Dawe was his Marjon coach at Plymouth University.
He has also played 18 times for England Counties, captained the team on the Georgia tour.
Besides his club appearances for London Irish, the Cornish Pirates, Mounts Bay, Launceston and now Barnstaple.
He was Alan Mitchell’s man of the match in Redruth Colts v Penzance Newlyn colts final at Truro, when Kevin Mosley offered him a Pirate contract as he left the field.
That season he played over 28 games and was young player of the season.
The following season he played along side former Bath and England International Martin Haag .
A member of the Mounts Bay team to win the Intermediate Cup at Twickenham.
After his match for England Counties v Irish Clubs XV at Darlington, Bill Beaumont presented a full England cap to him.
He was also invited to play for the Mickey Steele Bodger XV v Cambridge University in their final warm up game before the Varsity match, Bodger’s XV won .
Ben has just accepted a deputy head teachers post at Millfield School , Somerset. Starting in September.
I hope this is of interest to you and Trelawny’s Army supporters.