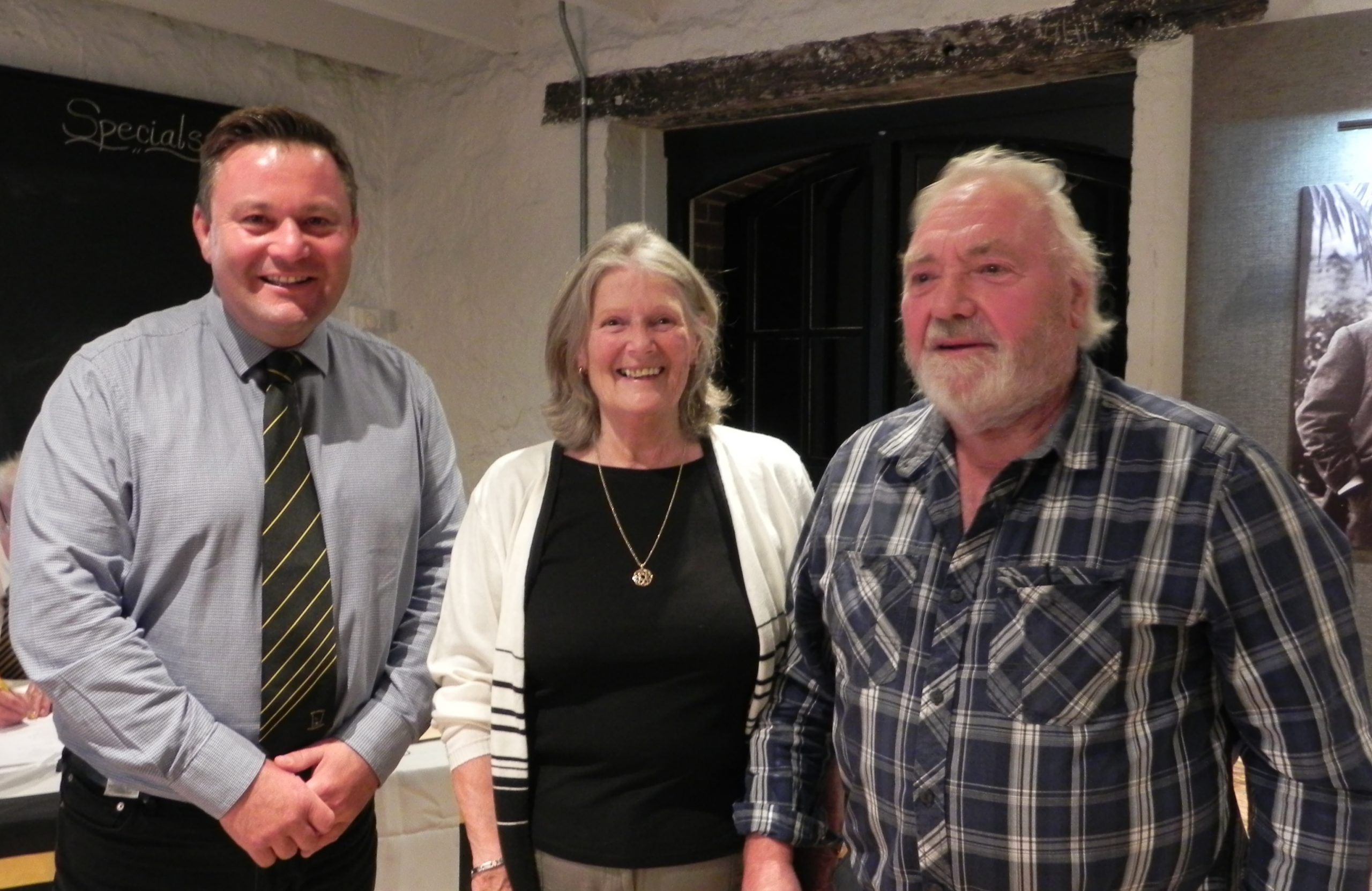 With the club only just emerging from the covid lockdown, there was little in way of reports from the various posts on the committee, and regrettably no player presentations to be made.

Treasurer Viv Broadhurst reported that the club finances were in good order.

We were delighted to welcome our new Merchandise Secretary Jackie Thomas to her first meeting.

Both David Saunter, Chairman and Alan Milliner, Rep to the RFU Council represented the CRFU.

Alan gave us an update on where we were regarding the County Championship task group, the recommendations will go before council next month, fingers crossed!

David, came along to thank TASC for funding the rugby shirts for Bodmin College, one of which he brought along to show us with Trelawny’s Army on the front, looking very smart on the black and blue shirt.

David also mentioned that a donation would be made from the CRFU to TASC following the disposal of redundant kit.

This year’s A.G.M. was also the moment when two of the original committee from 1993 stood down, John and Margery Rowe, who have both given the club sterling service over 28 years. Our President made a presentation of Cornish goodies to them both and thanked them for all their work.

John hasn’t totally finished as he will still be organising our annual dinner in February.

Club member Lesley Wellington made a generous donation to the club on the night for which we are most grateful.

Following the singing of Trelawny a pasty supper was enjoyed by “One & All.”