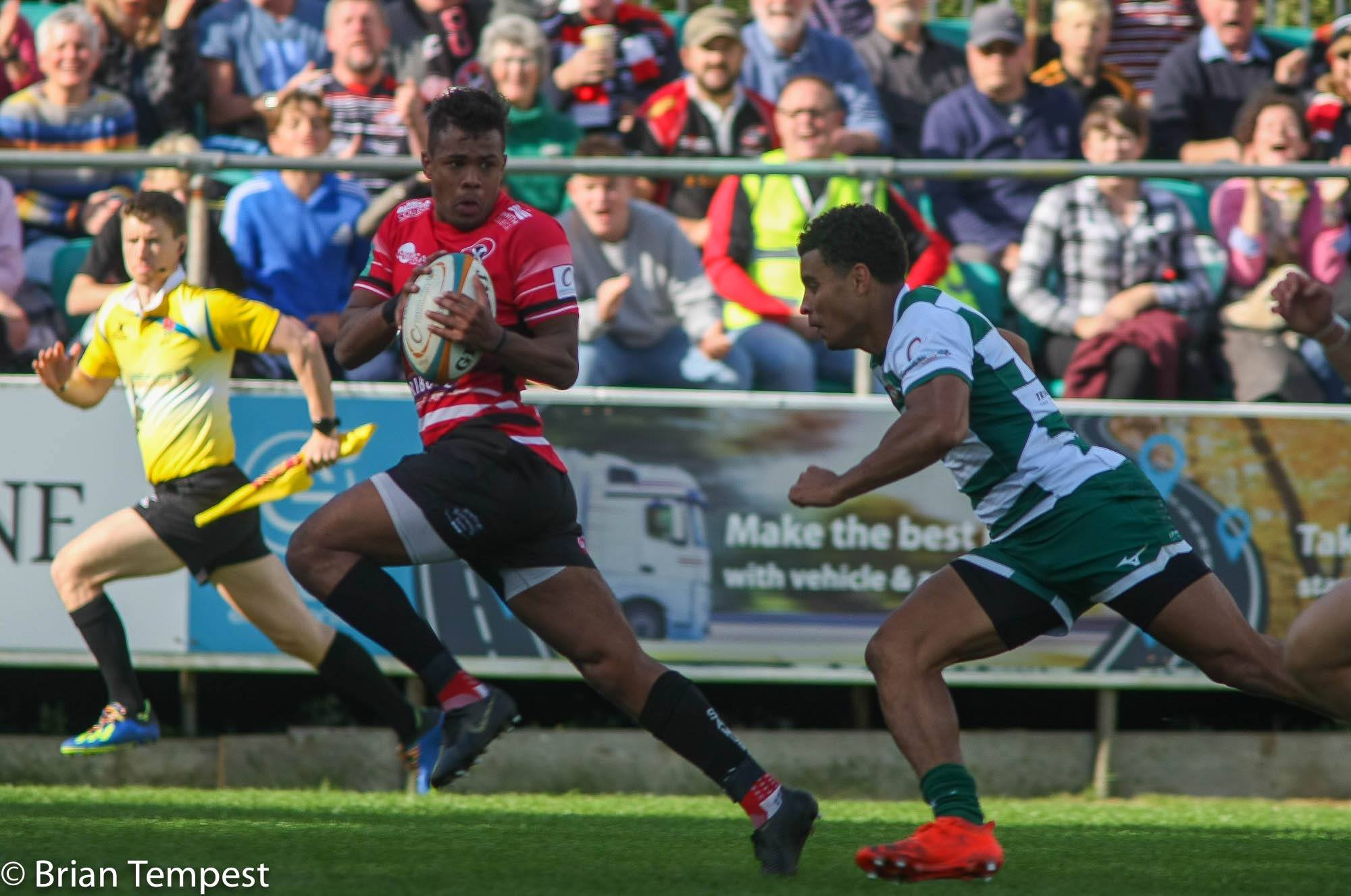 Playing not only their eagerly awaited first home fixture of the season but also an opening Greene King IPA Championship league game in 2019/20, the Cornish Pirates simply couldn’t have got off to a better start.

The visiting Trailfinders had finished runners-up in the past two Championship campaigns, besides having lifted the Championship Cup after beating London Irish in last season’s final, so for the Pirates merit marks were fully deserved.

All the hard work during the summer and autumn, both on and off the field, was seemingly rewarded, and following a wet spell the sun also showed itself as if in celebration.

Thanks to Dicky Evans and the work undertaken by committed individuals the ground looked superb. The new pitch surface impressed, as did higher new posts, whilst an erected big screen in the Newlyn gate corner provided an extra special addition to the match day experience.

Important in the context of the game, playing towards the Newlyn end of the ground the Pirates got off to a terrific start, with flanker Fa’atiga Lemalu in rampaging form and tries from wing Maliq Holden and man-of-the-match centre Nicolas De Battista putting the Pirates 10-nil up in just as many minutes. Fly-half Javier Rojas Alvarez was luckless with an early penalty and with an attempted conversion of the team’s opening try, however he added the extras to the second score and then landed a penalty midway through the half after his opposite number Craig Willis appeared fortunate just to be shown ‘yellow’ for dangerous play.

Although the Trailfinders hardly helped their cause by twice kicking the ball dead from restarts, approaching the half-hour mark full-back David Johnston was at least on target with a penalty effort.

Approaching half-time the Pirates needed to react and once again show who was in charge, and they did just that, a converted try by skipper Brett Beukeboom giving them a fully deserved 22-3 points lead.

On 51 minutes a second well struck penalty by Rojas Alvares put the Pirates further ahead, whilst they would soon be tested defensively for a lengthy spell. Pressurised inside their ‘22’ the team showed immense grit and determination in the tackle area, a will to give every ounce of themselves demanding admiration.

Ealing’s replacement scrum-half Jordan Burns, who has inflicted damage upon the Pirates in times past, managed to show a clean pair of heels to break clear and score a converted try, but the Pirates would soon hit back again. Identified from a mass of bodies at the clubhouse corner, the game’s final points, a bonus point try, was scored by centre Callum Patterson.

This result for the Pirates, especially in performance terms, will rank highly. These are though, early days, and I guess we shouldn’t get carried away just yet – should we?