Pirates bow out of Cup 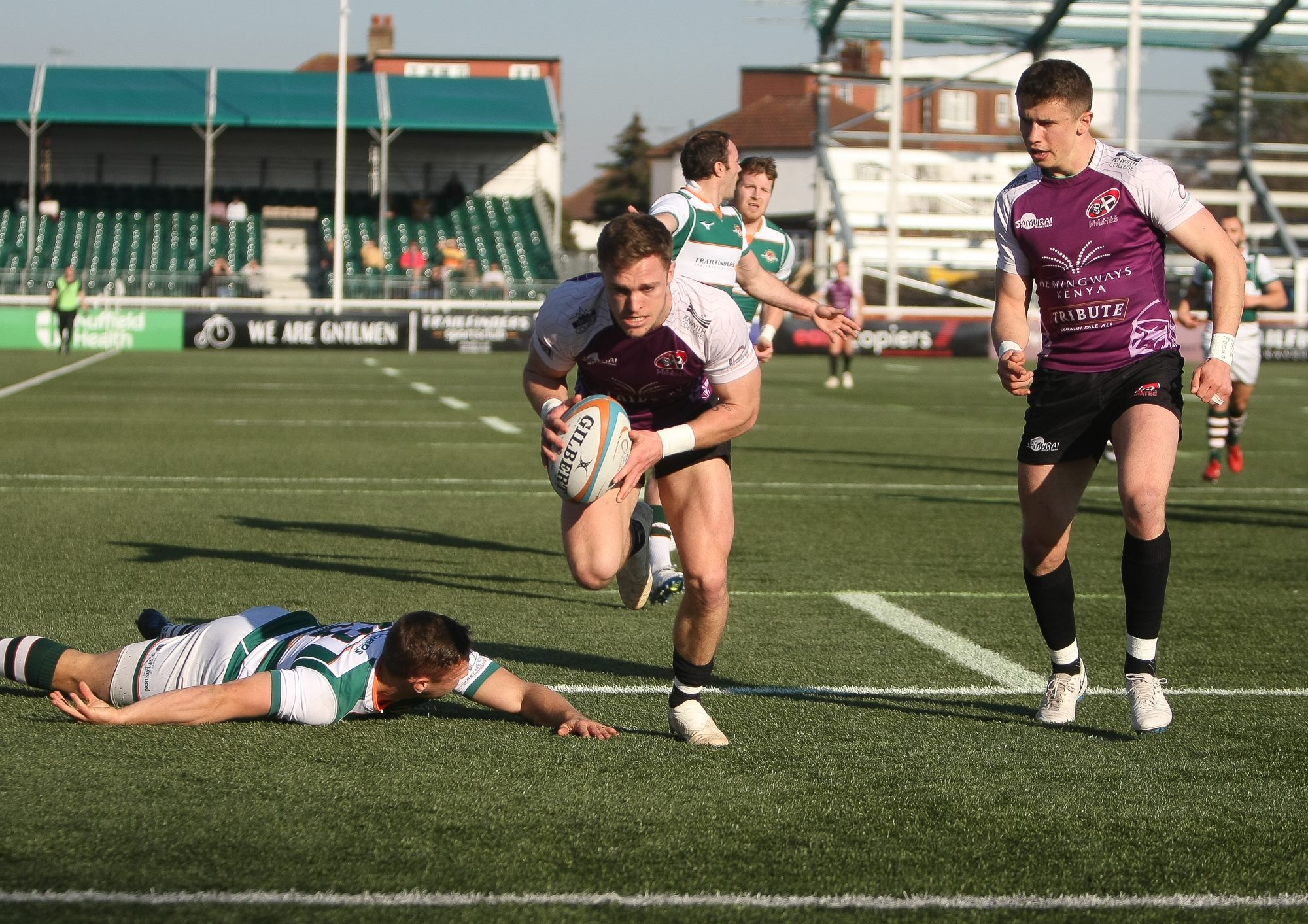 Eight days after losing to Ealing Trailfinders at home in the league, travelling to West London to face the them away in the semi-final of the new Championship Cup competition was always going to be a big ask, and so it proved, reports Cornish Pirates’ Media Officer, Phil Westren.

To be beaten 58-26, after having held an early 21-5 points lead, was naturally frustrating, on what was a sunny and freakily warm February afternoon. Ultimately, however, there was also a certain reality about it, the Pirates aware in advance that to likely stand any chance of making the final they would need to be at the top of their game.

Two players back to full fitness, wing Robin Wedlake and flanker John Stevens returned to the Pirates starting line-up in a side that also saw Dan Lee selected at No. 8 and Dan Frost at hooker. Named among the replacements was a fit again Will Cargill. A late change saw prop Jack Andrew promoted off the bench to replace Marlen Walker, who failed a late fitness test.

Motivated having won the British & Irish Cup last year, the Trailfinders named a strong line-up including the return of club captain Sam Dickinson, however it was the Pirates who got off to a great start. Game underway they were quickly into their stride, Wedlake gaining yardage down the left flank and then Frost making an appearance to show an explosive turn of pace to score at the posts. Fly-half Harvey Skinner converted.

After the Ealing side looked to respond the Pirates not only held the threat but were then suddenly on the attack again, this time on the right flank. Full-back Kyle Moyle nudged the ball ahead and it was wingman Alex O’Meara who was on hand to dot down. Skinner also slotted his conversion attempt well from out wide.

Endeavouring to again hit back, the home team were second time lucky, controlled play from wing James Cordy-Redden and flanker Kieran Murphy seeing scrum-half Jordan Burns then lend his support to score a try, adding to the two he registered in the league encounter at the Mennaye Field. Former Pirate Laurence May was luckless with the conversion.

As if not fazed, the Pirates would soon score their third try, it a fourteenth in all games this season for Wedlake. Skinner once again added the extras for the scoreboard to read 5-21 with there only seventeen minutes on the clock.

From midway through the first half of this contest, the temper of the game changed, that man Burns running in his second try and then there one for Cordy-Redden. Both efforts were converted by May to narrow the deficit to just two points.

Adding to Pirate woes, in time remaining to the break they lost both Skinner and Stevens to the sin bin, which now made it all something of an uphill task for the visitors. May landed a penalty to give his side the lead for the first time, and a second unconverted try from Cordy-Redden before the half-time whistle made it 27-21.

Still short of personnel to start the second period, the Pirates somehow needed to deny their opponents until their troops were all back in place. Not only was it a tough ask, but it was also not long before centre Harry Sloan crossed for a converted try.

To their credit, the Pirates responded by scoring what would prove to be their last points of the game, captain Brett Beukeboom initially leading a charge and the ball next worked right by scrum-half Alex Day. Centre Rory Parata then timed his pass perfectly and it was speedster O’Meara who dived in for his ninth try of the season.

The rest of the match saw Ealing Trailfinders fully in charge, their bench a strong one to call upon and the Pirates cause not helped by injuries, including to Moyle and O’Meara. A big shout though to the propping pair of Tyler Gendall and Andrew in particular, who was always a willing ball carrier.

Further tries for the hosts came from centre David Johnston and influential skipper Rayn Smid, both converted by May, and then there were two unconverted efforts from Burns whose try-scoring exploits against the Pirates have been quite phenomenal.

Pre-match Gavin Cattle had said the game of rugby can at times be unforgiving, mentioning too that the Pirates would be facing a quality team. There was a hope of at least pushing the Trailfinders closer than the previous week, but it was not to be.

Speaking after the game, Cornish Pirates co-coach Alan Paver also gave an honest assessment, saying, “After a good start it was of course disappointing to not only lose personnel to yellow cards but to also lose the collision, the referee and later the set piece and we have no complaints about the score.

“Our decision making let us down at times, and pretty well beaten in every department it was also a bitter pill to swallow that we couldn’t keep in the fight to the end.

“Points were leaked through our own errors and we imploded, and although there is a reality that this late into the season we are running out of bodies, we have to keep going.”

With London Irish having earlier in the afternoon won their home semi-final 22-8 against Yorkshire Carnegie, it will be an ‘Irish’ v ‘Trailfinders’ final to be played on the weekend 4th May. The venue will be determined by the Tournament Organiser with regard to the best interests of the competing clubs.