No Coventry Blues for Pirates 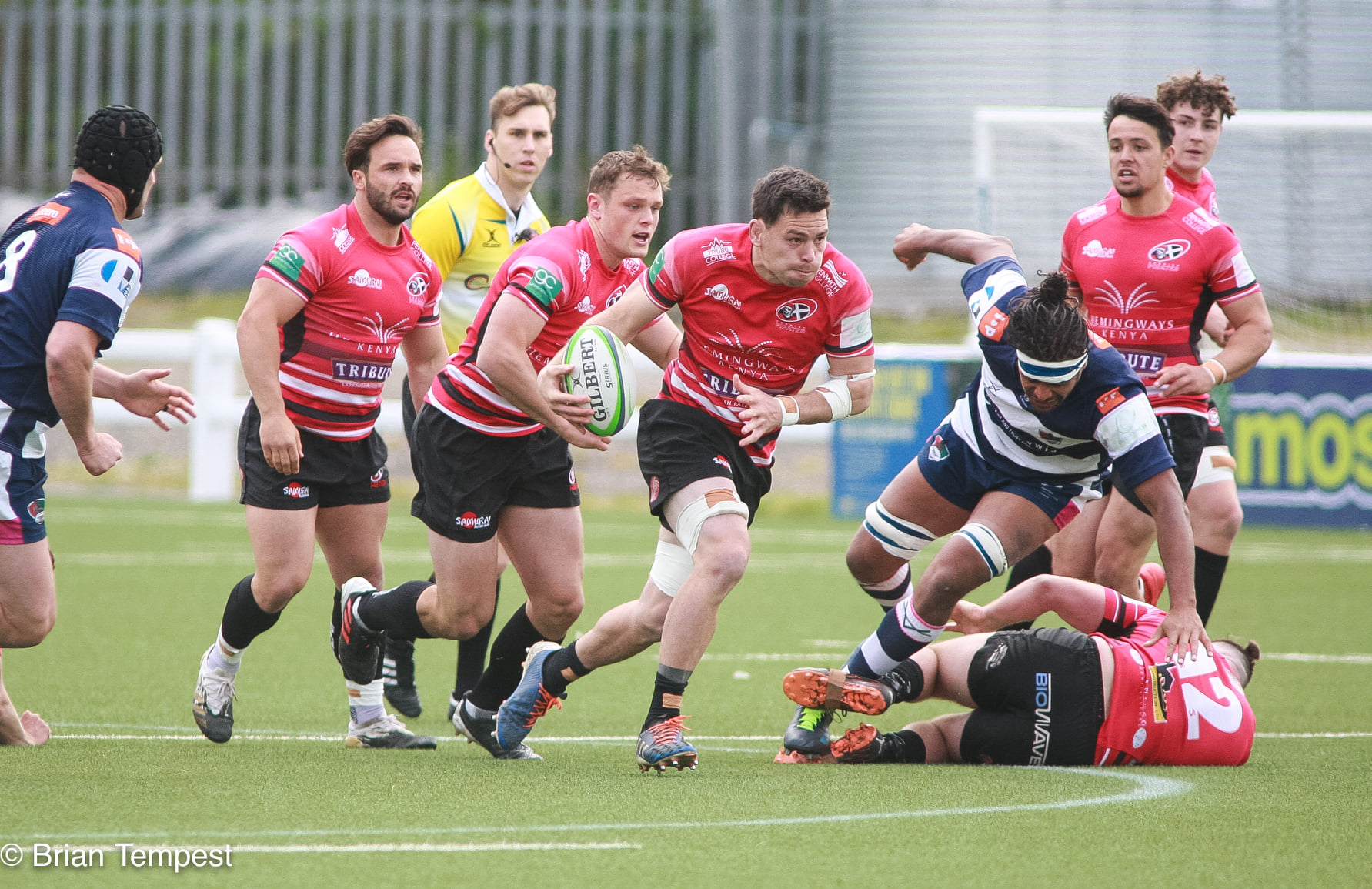 Playing this Round 8 match in theGreene King IPA Championship match away to Coventry, the Cornish Pirates emerged deserved ‘May Day’ winners at the Butts Park Arena, reports Phil Westren.

Performing for the first time this season on a plastic pitch, changes in the Cornish Pirates line-up saw starting returns for the front-row of Marlen Walker, Dan Frost and Jay Tyack, along with lock Danny Cutmore and No. 8 Tom Duncan, who once again took over the skipper’s armband. With John Stevens picking up a knock the previous week, Antonio Kiri Kiri was selected at open-side flanker. In the backs, there was also a first start in Pirates’ colours for fly-half Arwel Robson, plus a fit again Shae Tucker returned at inside centre to partner Rory Parata. With several wingmen presently injured, Will Butler moved out onto the wing.

Obviously looking to bounce back from their disappointing home defeat against Ampthill, the Cornish Pirates started well. Good work at the breakdown by Kiri Kiri led to a penalty award some 30 metres out, with it Robson who was called up to duly slot the opportunity offer. He did.

An in-form Coventry side, who likely fancied their chances of upsetting the Pirates, responded to show their potential, and after lock Nile Dacres unfortunately fumbled the ball over the line it was not long before they opened their account. A strong carry by their experienced skipper Ryan Burrows, followed by a fine pass by-half Tony Fenner and an excellent run from wing Will Butts, ended with supporting prop James Harper enthusiastically cantering over for a try that Fenner then converted.

From the restart both hooker Frost and Duncan carried well for the Pirates before Duncan was forced off through injury. Yes, it was frustrating, however Paddy Ryan proved an able replacement and there was an extra plus when Parata received the ball and immediately took space on offer to breeze in for a converted try to the left of the posts.

Robson was displaying his all-round ability, including making a clever break. Support was unable to reach him but when a scrum penalty was awarded his successful kick made it 13-7 to the Pirates.

Injury woes for the Cornish side though continued, as scrum-half Alex Schwarz also had to depart proceedings, and to seemingly make matters worse the team then went down to 14 men after Kiri Kiri was yellow-carded.

Coventry applied considerable pressure and should have scored but for a Burrows non tap of a penalty kick. A good spot from an assistant referee had noticed that the player’s boot had not made contact with the ball and there was no further score before half-time.

The first half had seen several momentum shifts, so how would the second forty go? One thing known, is that it was surely still too close to call. From a Pirates perspective they also needed not to be called out and punished by the referee for time wasting, which had happened more than once.

Four minutes in and an excellent penalty strike from Robson extended the Pirates lead. This, however, seemed to spur the home side to up their effort, and it was perhaps no surprise when wing Will Butt scored an unconverted try following a terrific run by full-back Louis Brown.

Now 12-16 the Pirates needed to keep their focus, which they did, with their scrum in particular proving dominant. Indeed, following a series of scrums, sound control at the back by Ryan and then at the base by replacement scrum-half Jean-Baptist Bruzulier saw a ball transfer right and a try for Robson, which he also converted to give him a personal points tally of 18 in the match.

Among replacements made, makeshift wing Rhodri Davies – normally a scrum half – would have scored but for a forward pass, and then, after an off the ball incident, full-back Tommy Wyatt was shown ‘yellow’ for making unnecessary contact with an opposition player.

There was a worry that fortune for the visitors was about to change, and especially so when Coventry flanker Adam Peters scored a converted try to the left of the posts.

Thankfully, the Pirates stayed strong, and showing considerable character put the end result beyond doubt when Kiri Kiri firstly pumped legs piston-like into Coventry’s ‘22’. His fellow Kiwi, Tucker, was then on hand to maintain the advance and score at the posts. Replacement fly-half Will Cargill added the conversion – and it was job done.

“Credit to the boys for showing a lot of character, especially playing 20 minutes with just 14 men. We put in some good defensive sets and overall dug in deep to get what was a well-earned and deserved victory.

“Playing on a plastic pitch is different and it led to some massive collisions and a lot of pressure at the breakdown. Both sides picked up injuries and were out on their feet at the end, and I am just pleased for everyone that we just kept trucking on to register the win.

“It was an ultimately satisfying performance, especially considering the changes we have been, and were forced to make. Looking for effort and a real work ethic, which we got, there was character in abundance.”