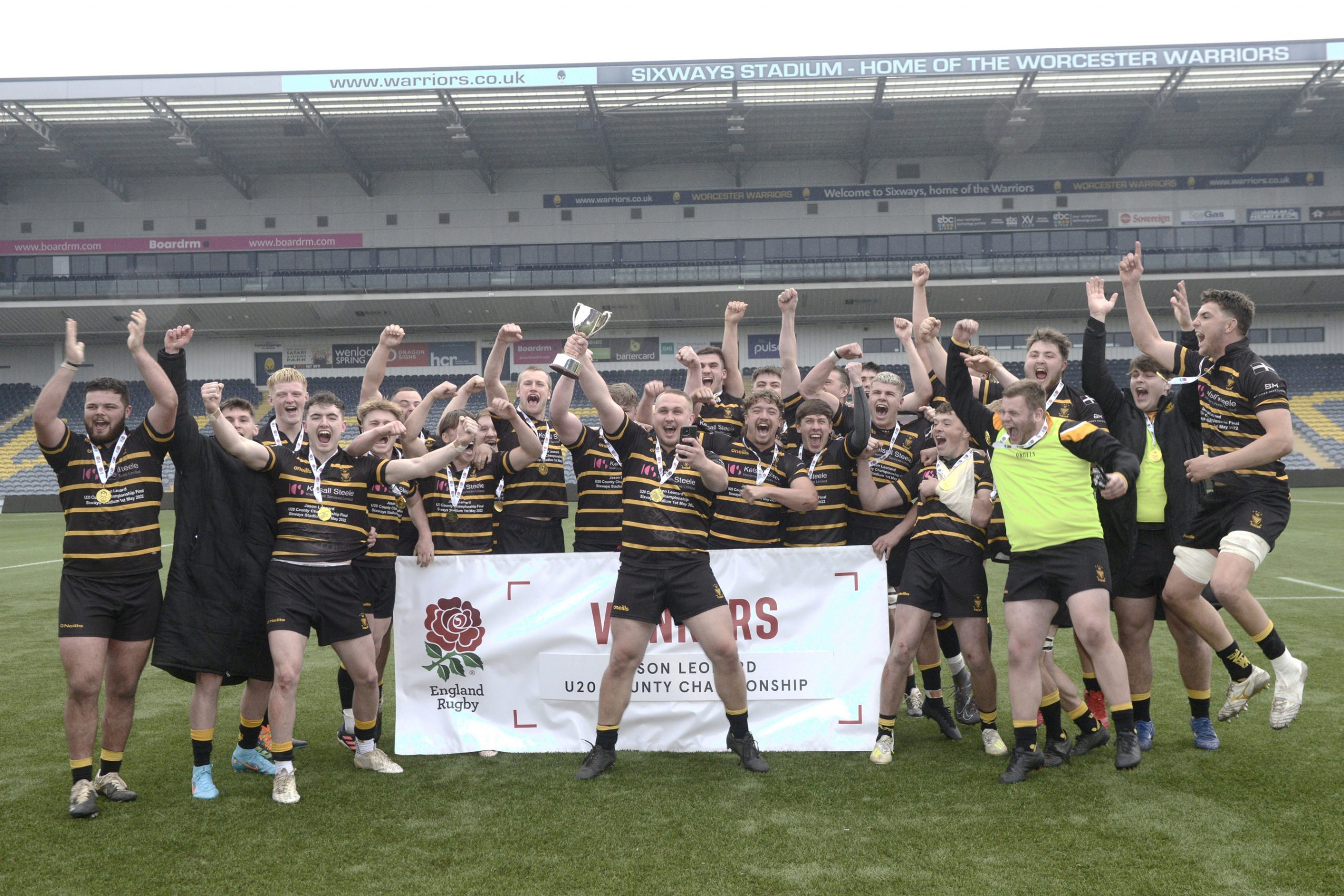 This was a pulsating match that went down to the wire and Cornwall can thank whose ever hand was under the ball when the Kent pack rumbled over the line on 79 minutes leading to a goal-line drop out. By such small margins are games won or lost.

Cornwall got off to a dream start and probably couldn’t believe they would be 17-0 up in as many minutes.

Great work from Jack King saw him rampage into the Kent twenty-two forcing Kent to infringe. Sam Walker calmly slotted the penalty from in front of the posts.

Moments later Walker had another pot at goal, but from further out and saw his kick fly to the right of the sticks.

The fly-half was alert as Kent looked to build a move from their twenty-two, he snaffled a pass to run in unopposed under the sticks, his conversion making it 10-0 to the obvious delight of Trelawny’s Army, who had loan for the day of the Falmouth Marine Band Bass Drum!!

Cornwall’s early dominance continued as Walker kicked a penalty into the corner, Toby Osborne took the lineout ball allowing the forwards to set up a drive, Archie Pilcher went close before Declan Prowse powered his way over the line, Walker adding the simple conversion.

The reaction had to come from Kent, it came in the form of the try of the game from Max Halliday who showed his pace and guile to carve his way through the Cornish defence from his own twenty-two. Jack Cohen added the extras and it was game on again.

Cornwall’s lineout was coming under intense pressure as errors crept in.

Halliday was at it again with another strong run that gave Kent good field position, they went through the phases leading to a try near the sticks for Charlie Galligan bettered by Cohen.

There was a small melee after the score that lead to Cornwall’s skipper Ethan Pearce-Cowley spending ten minutes in the sin-bin.

Damilola Dawodu showed his pace on the wing with only a last-ditch tackle from Cornwall keeping him out.

A further blow to Cornwall was the loss of centre Harry Andrewartha with a shoulder injury just before half-time.

After the break both sides were making errors as the game became scrappy, but no less intense.

Kent’s flanker Michael Fankah gave Cornwall a few problems as did the prop Will McColl. The clock continued to tick by with no change to the score, tension amongst the Cornish supporters increased by the minute.

The Kent pressure was building and it paid on 69 minutes as Sonny Trew-Neville forced his way over under the posts for Cohen to convert, Cornwall for the first time in the game trailed!

Now the character of this side would be tested, could they find a way back? Walker kicked a penalty to the corner, they secured the lineout and drove towards the Kent line. Kent infringed with Prowse taking a quick tap, he was brought down short of the line, Cornwall re-cycled and drove again with Pat Walton getting the ball down on the line, Walker banged over the conversion and Cornwall led 24-21 going into the final moments.

Kent threw the proverbial kitchen sink at them, they weathered the storm and then saw the game out keeping the ball amongst the forwards, when given the nod, Walker booted the ball off the park and the celebrations began.

Cornwall’s coach Richie Kevern was delighted with the win. “The boys showed their character today, they had huge pressure on them during the final moments there but showed great maturity to see the game out. Fair play to Kent they showed they are a very good side. We are so sorry our Team Manager Colin Hatch couldn’t be with us today due to illness, this win is as much his as the boys we will get the Cup to him as soon as we can.”