Home › Bill's Blog › Cornwall back in the hunt

Cornwall back in the hunt 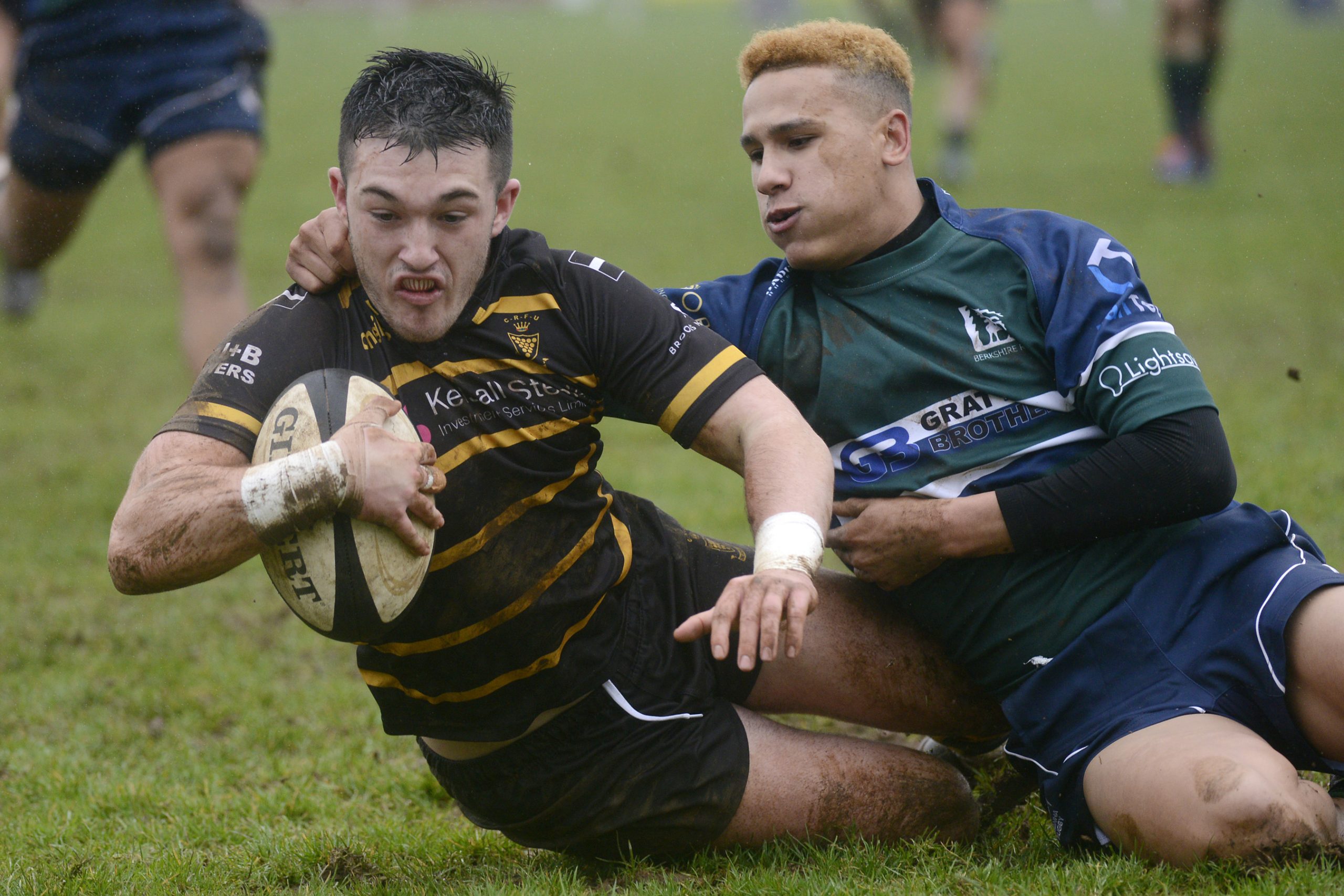 By Bill Hooper, at the Recreation Ground, Camborne.

Cornwall put in a much improved performance defeating a useful Berkshire side by six tries to one to keep their hopes of making the last eight in this season’s Leonard Cup competition.

The Camborne pitch was heavy after all the rain in recent weeks, but Cornwall made light of the difficult conditions.

Cheered on by members of Trelawny’s Army, skipper Aaron Simmonds opened the scoring after just 3 minutes with a well-struck penalty.

Truro flanker Tom Spiers gave a Berkshire forward an almighty hand-off sending him sprawling in the Camborne mud to set the tone, Spiers went on to have an outstanding game.

Cornwall continued to capitalise profiting from a Berkshire error, St Austell centre Ben Plummer intercepting to slide in at the corner for an unconverted try.

Saltash No.8 Jack Wickham made a strong break off the back of a scrum gaining good ground; he was another who made a good impression.

The continued Cornish pressure  soon led to another try, good work from the St. Austell wings Fraser Nottle and Max Bullen combined to put lock Mawgan Osborne away, the Pirates Amateurs player ran hard towards the line before shipping a pass to hooker Mackenzie Oliver to score, Simmonds adding the extras.

A third try was not long in the offing, a kick through saw Penryn’s lock Steele Barker gleefully take full advantage to score an unconverted try.

Towards half-time Berkshire got some territory making the most of a catch and drive to score through hooker Harry Wayne Branch, fly-half Jack Grapper kicked a good conversion to leave the score 20-7 to Cornwall at half-time.

Cornwall made another fast start with barely two minutes of the second half played, the outstanding Spiers put away Barker for his second try, the lock sliding in under the posts to give Simmonds a routine conversion.

Simmonds then kicked a second penalty to put the game well and truly out of Berkshire’s reach.

Further scores came from Penryn’s Charlie Levick, from his own kick ahead to win the chase, then to cap his fine performance a deserved final try for Spiers under the sticks that Simmonds bettered.

Speaking after the game Cornwall coach Richie Kevern was delighted with the team’s performance. He said. “It was a good performance in tough conditions, we told them in no uncertain terms that if they lost today then that would be the end of the road for this season, they took it on board and put in a tremendous performance.

Kevern was delighted with the side’s sound defence and good discipline. “There were times when we had to defend and all credit to the lads they put in the hits, this week our discipline was good and that made a big difference.

Kevern also had words of praise for Tom Spiers. “He has had two big games for us, his defence is top draw and when he has the ball in hand he is a real handful to deal with, he has got a very bright future.”

Cornwall now travel to play Gloucestershire Under 20s in their final pool game on Sunday 15th March at Dings Crusaders, with all to play for.