Award Winners Presentations made at A.G.M. 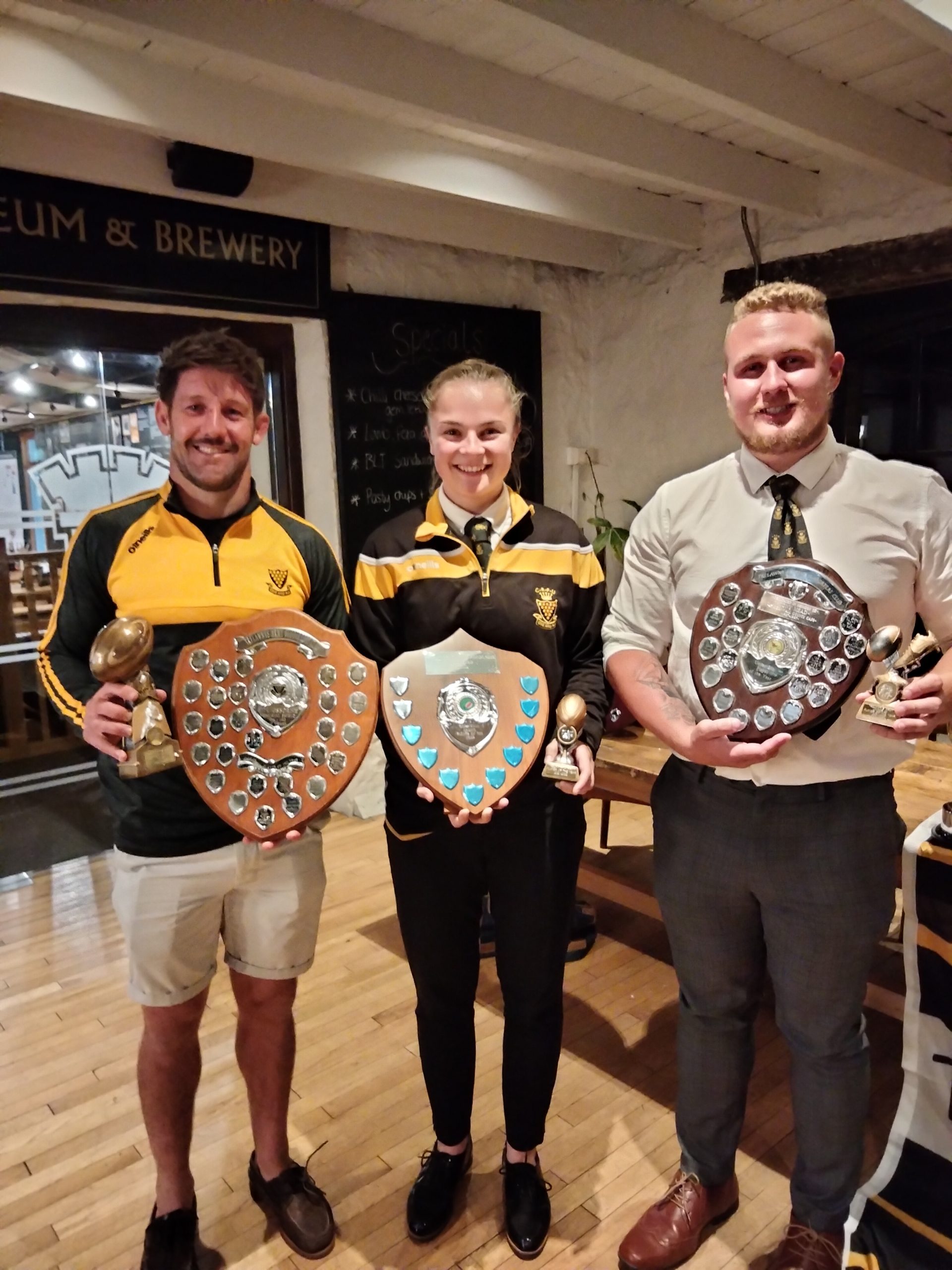 An unprecedented season of success for Cornish Representative sides, which saw them bring back across the Tamar 3 National Cups, gave rise to an interesting poll for the various player of the year awards amongst the members of Trelawny’s Army.

The Bill Osborne Memorial Shield, for the Cornwall Senior Player, went for the second time to St. Austell’s Matt Shepherd. Matt previously won the trophy in 2015 when playing for Launceston, the year Cornwall won their first Bill Beaumont Cup. He is only the second player to be awarded the trophy more than once, the other player being three-times winner Richard Carroll 2003,04 & 05.

The Jess Humber Shield, for the Cornwall Women’s Player went to full-back Amy Bunt of Ivybridge Ladies RFC. Amy scored in every game for Cornwall this season and proved a constant threat to the opposition with her strong runs from deep. Amy came through the ranks at Liskeard-Looe RFC and is destined for greater things in the Women’s game.

The Tony Mead Memorial Shield for the Cornwall Under 20 player went to the skipper of the Jason Leonard Cup winning side, Ethan Pearce-Cowley, Ethan proved an inspirational leader of his side guiding them through a tough campaign that saw them defeat Kent at Worcester’s Sixways to become the first Cornish side to win at this level. Ethan came through the youth set-up at St. Austell RFC and is currently playing for National League1 side Plymouth Albion.

In other presentations Colin Hatch received a case of Tribute from TASC President Sean Jarvis.

Finally retiring Press & Media Officer Bill Hooper was made a presentation for his services.