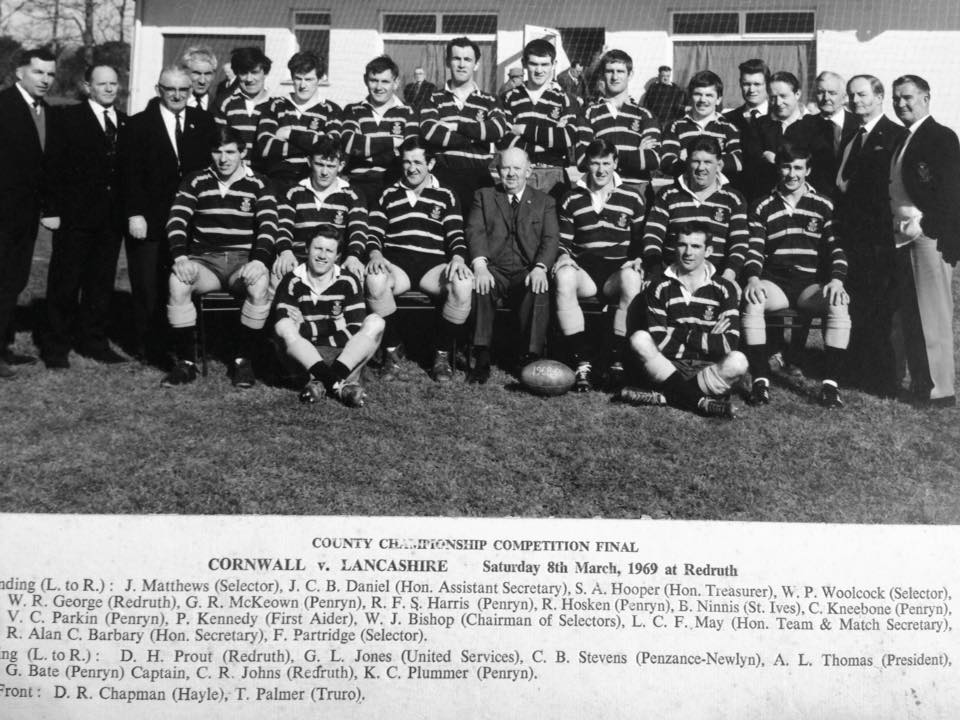 It’s hard to believe that on this very day 50 years ago I went to watch my very first rugby match.

As a 12 year old I went along to the game with other school mates, having first attended lesson that Saturday morning, yes at Truro Cathedral School we had lessons on a Saturday morning, and luckily having avoided detention that week.

I can remember we travelled to Redruth by coach, probably dear old Bobby Mitchell from Perranporth with our headmaster Mr Mischler leading the party, a former scrum-half who played at Oxford University but sadly didn’t get his Blue.

We all had our tickets, something like 2/6 to get in as a child and got our programs 2 bob.

Arriving at the ground we were swept along by a tide of people, it seemed as if the whole of Cornwall was present that day.

We eventually managed to get onto a bank (where the Tribute suite is situated today), squeezed in like lemons.

The huge roar that greeted the side as they came out was enormous with the North Bank a wall of humanity with the temporary stand erected at the top.

There were people spilling onto the pitch such was the crush, as well as spectators in the trees down the bottom end by Piggy lane.

I can remember supporters carrying an effigy of “Bonzo” Johns, which looked more like “Bertie” Bassett.

The game was special to me as my form teacher was Roger Harris (Sir!), Cornwall’s hooker that day, he was also married to my cousin Jenny, so part of the family. There was huge pride in this school boy as “Porky” Harris, his teachers nickname at school, kicked the first points for Cornwall with a penalty torpedo style.

Cornwall managed to reach half-time 9-3 up, thanks to a further penalty from Raymond George and a drop goal from David Chapman, having played up the slope, but they lost wing Derek Prout to injury, no replacements in those days, so had to play with fourteen men.

Lancashire came back to snatch the win 11-9, inspired by Dick Greenwood, Will’s father.

Cornwall had a penalty chance but as George ran up to kick the ball, the ball toppled over, and the kick went askew.

There was huge disappointment as the spectators trooped out after the game, but they acknowledged that the better side had won on the day.

For me I was bitten by the bug, so the day was a winner. Thanks guys.