Pirates back up Sarries win with victory at RAG 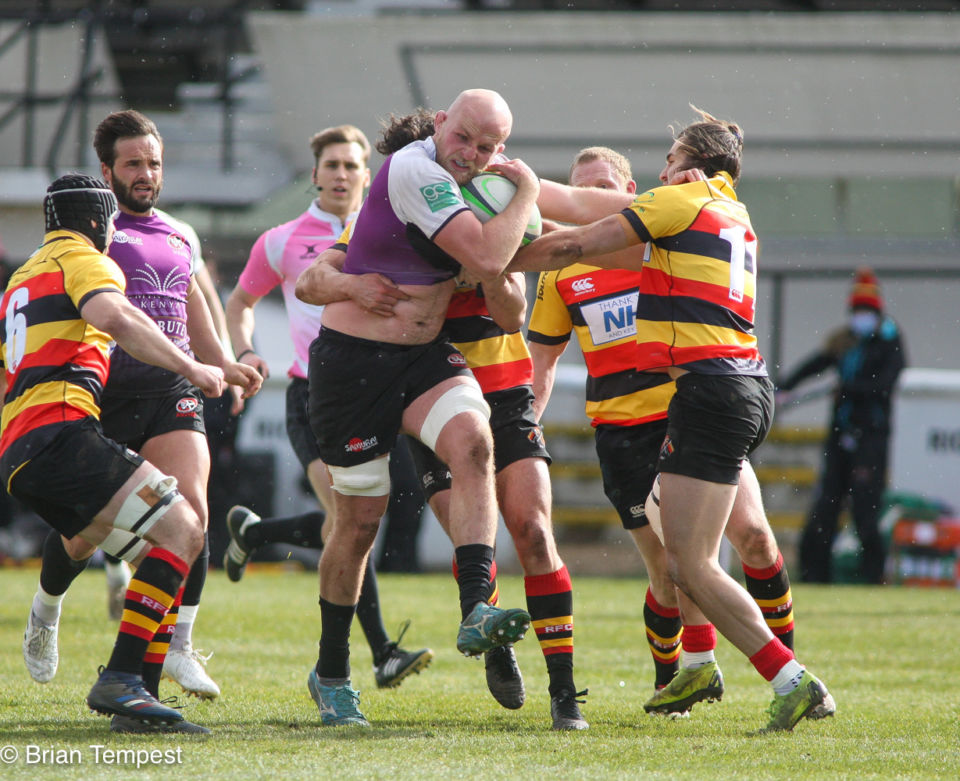 Following their superb victory at home to Saracens seven days earlier, the Cornish Pirates followed up with another deserved result by bagging a bonus point win in Round 2 of this season’s Greene King IPA Championship, reports Phil Westren

For their visit to the RAG (Richmond Athletic Ground), the Cornish Pirates made just a couple of changes to the previous week’s selected 23. In the absence of John Stevens, who had picked up a nose injury against ‘Sarries’, Antonio Kiri Kiri was selected in the number 7 shirt and Paddy Ryan was called up on the bench.

Defending the Richmond town end of the ground, after Cornish Pirates’ fly-half Luke Scully kicked the game off into a strong wind, it was not long before the Pirates twice went close to scoring, first through centre Shae Tucker and then wide out left through wing Robin Wedlake.

On a ground that appeared in immaculate condition, the Pirates displayed no lack of energy, although just a few early errors spoilt obvious promise.

A brief breakout by Richmond saw debutant full back Will Kaye, formerly of Loughborough Students and Leicester Tigers, offer a threat, as did wing Max Trimble, but when the Pirates worked their way back up field it was industrious flanker Josh Caulfield whose strong midfield run forced the home side to give a penalty away. Skipper Tom Duncan wasted no time in calling Scully forward to attempt a kick at goal, and into the difficult wind the first points of the afternoon were registered.

The Pirates were not having it all their own way, however following good work by hooker Dan Frost, Duncan and prop Marlen Walker, a position was created where from a scrum they were awarded a free kick close to the posts. Lock Fa’atiga Lemalu made an initial drive before alert scrum half Jean-Baptist Bruzulier then spotted a gap. Able to swiftly pierce the opening, he stretched to score an unconverted try.

Soon after the restart Richmond, who had been relegated at the end of the 2018/19 campaign but have quickly bounced back after being crowned Champions of National One last season, made their first meaningful foray into the Pirates ‘22’. Also, thus far, there had been good disruptive work at the line-out from lock Freddie Hosking.

Rain and then hail made it a little extra inclement for a spell, and there was frustration for Richmond when fly-half Tom Hodgson was luckless with a penalty attempt. Showing dominance at the breakdown the Pirates also managed to hold on to their 8-nil lead come the break.

Early in the second half saw a yellow card shown to Pirates’ hooker Dan Frost for a ‘technical’ offence and it looked like Richmond would take advantage, Unfortunately, however, a knock-on made wide out right by their skipper Cameron Mitchell saw them miss a clear scoring opportunity.

Perhaps let off the hook, the Pirates weathered the rest of the period admirably and proceeded to extend their lead. Both Duncan and wing Robin Wedlake made power plays to the line and, when the ball was moved right, it was a clever tap pass from centre Rory Parata that reached full-back Maliq Holden who scored an unconverted try in the right corner.

Duncan was having a big game for the Pirates, and from the restart his power enabled him to make further yardage. He also scored his team’s third try following good play from Kiri Kiri. Scully added the conversion.

A bonus point fourth try was now surely in sight, and it would indeed materialise, but only after Kaye scored a try for Richmond that was converted by replacement Benjamin Cook. And who was scorer of the Pirates final try? Well, replacement Matt Bolwell was the happy figure who strode to the line, with Kiri Kiri once again playing a leading role. Replacement fly-half Harry Bazalgette’s conversion sealed the fine 27-7 win to provide a pleasing result for joint Head Coach Gavin Cattle. Speaking after the match, he said:

“It was our first away game for a year, and we didn’t have it all our way.

“The wind made it difficult for both teams and Richmond can be very unpredictable, but we were very professional and found our way into the game.

“We were perhaps just a little lethargic at times but, overall, the lads stuck at it and defended pretty well, and to get the win with a bonus point is very pleasing.”